Silk, the yarns, and textiles made with filaments of the cocoons of several species of moth (especially the Bombyx mori, which feeds on white mulberry leaves and was cultivated in ancient China). Silk cloths from the Far East reached the Mediterranean already in Roman times, and raw silk and silk yarns imported from China, Central Asa and India via the Silk Road formed the basis for the production of late Roman silks. In 533/4, under Justinian I, actual silk moth eggs was reportedly smuggled into the empire by some monks who had learned the secrets of sericulture (Procopius, Wars 8.17.1-8). The silk industry thus established eventually came to constitute a major element of the Byzantine economy. Silk moths were cultivated first in Syria, then in Asia Minor, southern Greece, and southern Italy.

The center of the Byzantine silk industry from the 7th century onward was Constantinople, though after the 10th-century silk weaving was known to have been practiced in Thebes, Corinth, Athens, and Thessaloniki as well. The silks were made either in imperial factories (located both within and near the Great Palace) or in numerous private workshops. The industry was very specialized and, in Constantinople at least, the private production of silk was divided among several different professions, whose members were organized into guilds. Some of these professions are named in the Book of the Eparch: the prandioprates or silk importer, the silk merchant for the raw silk, the katartarios, or raw silk dresser, the serikarios, or silk weaver, and the vestioprates, or silk clothier.

In Justinian I’s legislation (Cod. Just. VIII 13[14].27) the Latin term for silk merchant is metaxarius. In the 10th century, their guild was called that of the metaxopratai. The Book of the Eparch (ch.6.14) defines their function as purchasing and selling raw silk (metaxa); they were prohibited from engaging in silk processing or production. Metaxopratai bought raw silk from traders coming “from outside” (from the provinces or a foreign country) and sold it publicly (“in the forum”) to buyers who were primarily katartarioi or processors of raw silk. The sale of metaxa to Jews or to merchants who would export it from Constantinople was forbidden. 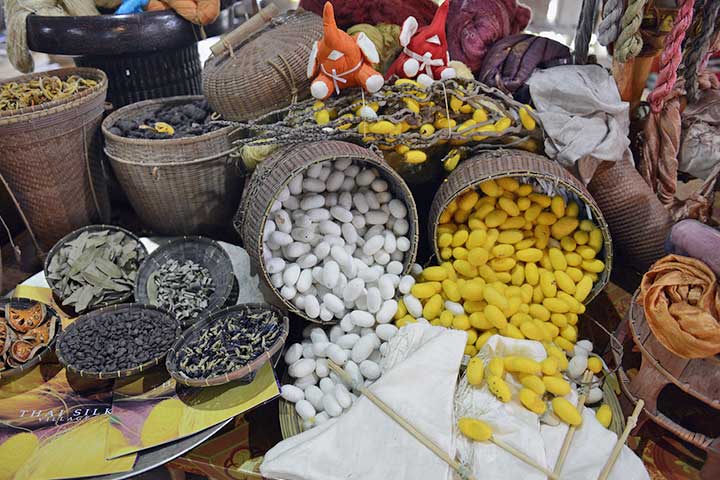 In the chapter on katartarioi (ch. 7.2) the term metaxarios also appears – the reference is to metaxarioi who are not on the official register. It is unclear whether they are identical with the metaxopratai or form a group of lower-ranking merchants (i.e., silk traders who do not belong to the guild). Another unclear term is the “so-called melathrarioi” who are forbidden to sell “the cleaned raw silk”; it is uncertain whether they are forbidden to deal at all in raw silk, and thus melathrarioi are unauthorized dealers, or whether they are traders in uncleaned raw silk.

To be distinguished from the metaxoprates is the serikoprates, a type of silk merchant who dealt in silk textiles rather than raw silk. The Book of Eparch attests that the vestiopratai bought cloth from either archontes or serikoprates, an artisan involved in various aspects of silk production, especially dying and the sale of textiles.

Silks were widely used in Byzantium for court and ecclesiastical vestments, and for domestic and church furnishings, such as altar cloths, curtains, and couch covers. Silk yarns were used for a variety of fabrics, including tapestry-woven hangings and embroidery. Wearing of the finest grades of silks, especially the purple-dyed ones were limited to the imperial family and entourage, at least through the 9th century. Silk was always considered a luxury product; valued on a par with gold and other precious materials (even sold by weight and bought on speculation), its manufacture and trade was controlled, and its quality guaranteed by the state. Foreign trading of Byzantine silks was restricted. Only small quantities were exported to Muslim countries, and the Venetian, Amalfitan, and other privileged Italian merchants were permitted to sell only lesser quality Byzantine silks in Pavia. 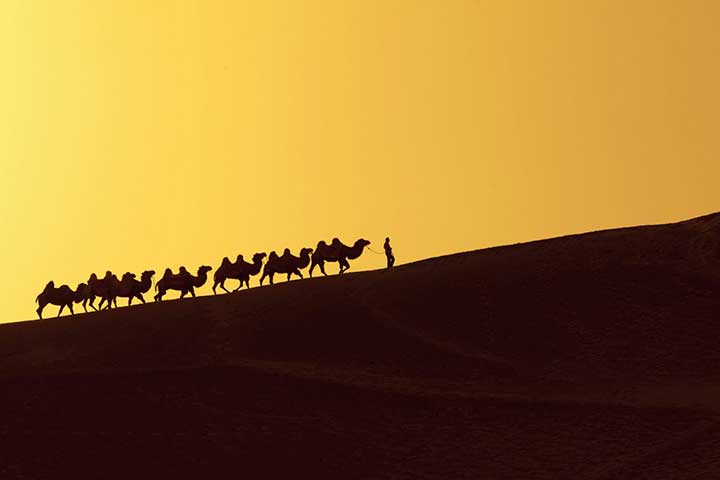 Silks from the state workshops in Constantinople were thus greatly coveted both at home and abroad; they were an essential part of official court costume and could also be awarded to loyal followers. As imperial gifts, they were an important element of Byzantium foreign policy.

Silk provided medieval Europe with its most luxurious textile fabrics. At the dawn of the medieval era, Western Europe imported silk textiles from the Orient; but by the High Middle Ages, Italy had not only established an important sericulture component in her agriculture to become one of the world’s major manufacturers of fine silk textiles.

The Arabs introduced sericulture into Spain, so that, by the early ninth century, silk textile production – of silkatun especially – is recorded at Almeria. By the late 11th or early 12th century sericulture had also been established in Muslim Sicily; and by the 13th-century silk textiles were being woven on the Italian mainland itself, principally at Lucca and Bologna. These two Italian cities were also the site of the first silk-throwing machine, first recorded at Bologna in 1272. This was to create a revolution in the silk production.

In the 6th century, Kosimas Indikopleustes mentions the existence of two routes, one by sea from China to Ceylon and the other through the steppes of Central Asia to the Persian frontier. The sea route continued through the Red Sea to Ethiopia and eventually to Egypt or Syria.

In medieval merchant handbooks, the term spezierie designates a large number of items that were used in medicine, perfume making, and embalming, as well as dyestuffs and seasonings. Since many spices, including the most expensive ones, were produced in Southeast Asia and Africa, the term is associated with eastern trade, although among the spices are items such as saffron, produced in the western Mediterranean, and mastic, produced on Chios. For medieval commerce, pepper and ginger were the most important items; of small bulk and very high value, carried primarily on galleys, spices were very lucrative commodities. 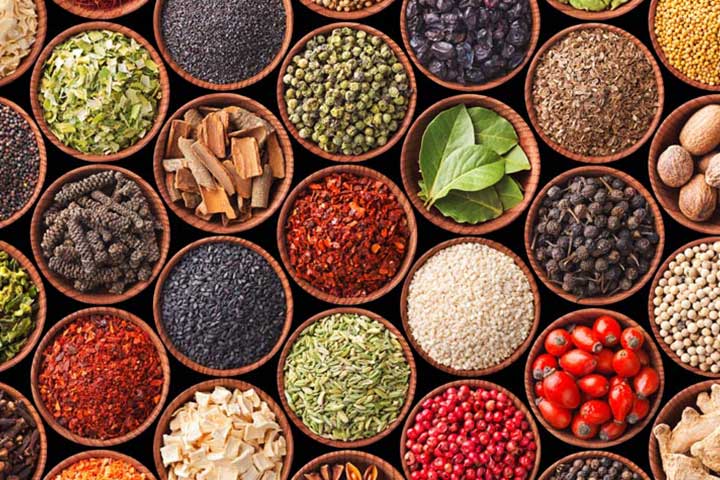 Until the 7th century, Byzantine territories included some spice-producing areas (Egypt) as well as the ports through which eastern spices reached the Mediterranean through the Silk Road. After the loss of the eastern provinces, Constantinople became the most important market within Byzantium. Alexandria remained a major outlet throughout the Middle Ages. In the 10th century, the campaign manual of Constantine VII mentions as items to be carried into the field: Greek incense, frankincense, mastic, saffron, musk, amber, aloe and wood aloe (or eaglewood), cinnamon of first and second quality, and cassia. All of these and other spices are mentioned in the Book of the Eparch in the chapter on myreposio (ch. 10), which suggests that spices reached Constantinople primarily from the area of Trebizond.