Until the mid-19th century, the angora goat was to be found only in Central Anatolia, particularly the province of Ankara, transcribed by Europeans from the earlier Turkish form Enguru. The export of these valuable animals having been strictly forbidden for many centuries, Sultan Abdulmecit made a gift of 22 goats to Queen Victoria in the 1840s.

The silky hair of these animals formed the backbone of the region’s economy, based on the woolen textile industry. Sultan Abdulmecit is often unjustly blamed for breaking the longstanding monopoly on angora goat hair, but in fact, the damage had already been done several years earlier, and his courteous gesture had little impact.

It was the trade agreement of 1838 between Britain and Turkey which paved the way to the spread of the angora goat. Drawn up by British Foreign Minister Palmerston and signed by Resit Pasha, this agreement eliminated the trade barriers which had formerly protected Turkish commerce. The still unindustrialised Ottoman Empire was soon swamped with cheap goods from the industrializing West, shaking the empire’s economy from its foundations. Long before Queen Victoria’s goats arrived in Britain, the influx of cheaply manufactured textiles from Europe had undermined the production of traditional fabrics and knitwear. Unable to compete for the local industry ground to a virtual halt.

At various times foreigners had succeeded in smuggling breeding stock out of Turkey despite the ban but attempt to breed them in Europe either failed completely, or the quality of the hair was found to deteriorate under different climatic and environmental conditions. With the lowering of trade barriers in 1838, some of the goats were taken to South Africa by British colonialists, in the belief that the climate of that country would suit the animals better. This assumption proved correct, and soon the herds were flourishing. The goat subsequently made its way to Lesotho, the United States, Australia, and New Zealand. 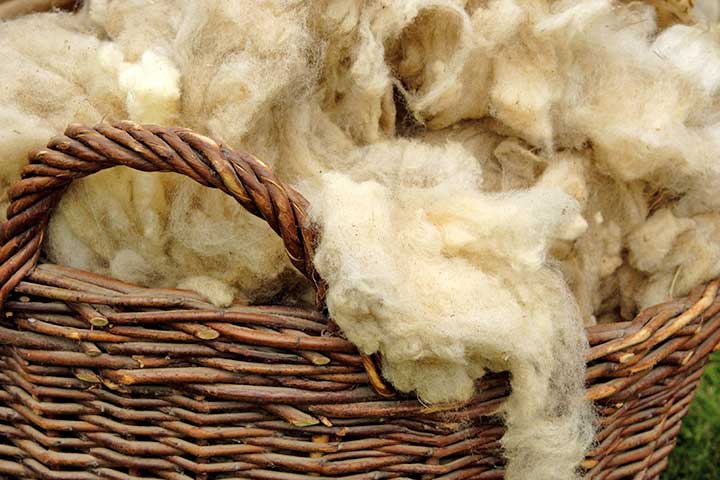 Nonetheless, Turkey has not entirely lost its foothold in the angora wool production industry today, remaining the third largest world producer after South Africa and the United States.

The soft glossy wool has always been used primarily in the textile and knitwear industry, and in the past, the special fabrics and clothing made of the wool in Ankara fetched high prices. Ankara mohair or camlet was a major item of commerce in Anatolia through the 17th and 18th century, woven on over 1500 handlooms employing nearly 10.000 people in and around the city. This fine silky fabric was used to make the kaftans, ferace (loose street robes for women) and other garments worn by the upper classes in Ottoman times. From the mid-19th century, the use of mohair in Turkey gradually died out, replaced by European textiles. Today traditional mohair is produced solely in Tosya for use as bath gloves.

Instead, the wool is used in many areas of modern textile production, such as furnishing fabrics, suiting knitwear, blankets, carpets, shawls, lining, bed and sofa covers.

As is the case with many fibers, fashion is a primary factor. So demand for the fluctuates significantly, pushing prices up and down unpredictably.

In the United States and South Africa, the government attempts to ameliorate the effects of these fluctuations on producers by price subsidies, but in Turkey, production and marketing problems are steadily eroding the production. From a total of 5 million goats in the 1960s, the number has dropped today to 1 million, while total production of 10.000 tons in the 1960s has fallen to an estimated 1000 tons or less today.

It has to be admitted that the goat has been tended more carefully in its new homelands of the United States, South Africa, and Australia than in Turkey. Breeders in these countries might not view the goats as part of their cultural heritage as in Anatolia, but they have made successful efforts to improve the breed and increase its wool yield. Of total world production of 16.900 tons in 1992, Turkey produced only 1000 tons, compared to South Africa’s 7000 tons, the United States 6.800 tons, and a total of 2100 tons by other producers. In South Africa, the yields 4.5 kilograms of wool Per year, compared with just 1.6 kilograms in Turkey. Only the fact that some breeders are still struggling on despite low returns of barely TL 100.000 on each animal is the source of hope. Turkey’s share in world exports is also plummeting year by year. In 1992 South Africa exported 5500 tons, the United States 4500 tons, while Turkey only exported 100 tons. The world’s foremost buyer and manufacturer are Britain, followed by Japan, Italy, Spain, France, Syria, China, Taiwan, and Russia.

Experts assert that in view of the great advances made in Turkey’s textile and knitwear industry over recent decades and the country’s good textile export record, the state should take steps to encourage the production. This requires not only ensuring adequate earnings for farmers but improving yield and quality. The best way to do this, say the experts, is in the state to support producer associations.

It would be a pity if the breed were to become a thing of the past in its native land, while herds thrive elsewhere. Apart from mere sentiment, the economic potential of angora wool remains considerable and does not deserve ignored.