Thirty kilometers east of the city of Denizli in southwest Turkey you see a yellow signpost pointing south to Haydarbaba Turbe and Kaklik Cave 3 kilometers away. Kaklik Cave was created by an underground stream eating away the limestone and sulfurous rock of the region. It seems strange that a cave should be situated not on the nearby Mount Maly, which rises to 1277 meters and is made almost entirely of marble, but on a flat plain covered with cotton fields and vineyards.

The mouth of the cave lies near Kokarhamam Spring – the name meaning ‘smelly bath’ on account of the sulfurous fumes! – which waters a reedy marsh crisscrossed by channels.

These geothermal waters rich in lime and sulfur rush up from an underground course extending hundreds of meters below the surface, and since antiquity has been used to cure skin diseases and to irrigate the fields. 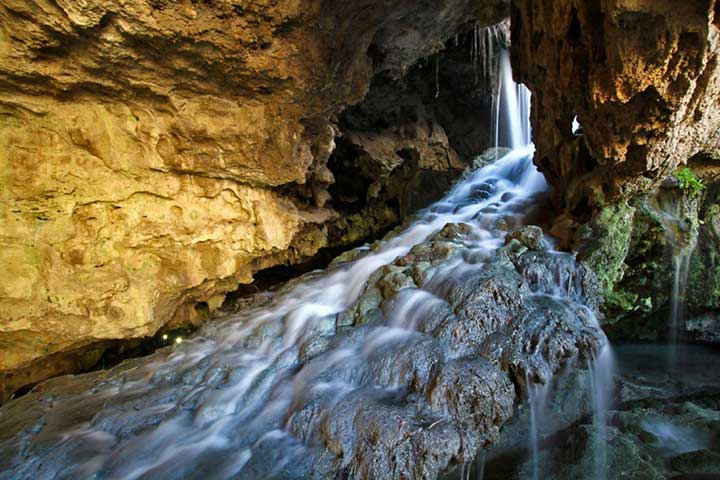 The cave mouth is a sinkhole measuring 13 by 11 meters across and 8-10 meters in-depth, created by the collapse of the roof above an earlier cave. Inside is a greatly stepped travertine resembling the famous white calcium carbonate deposits of Pamukkale. This has been created by the cascades of the underground stream, which forms a series of pools as it pours from one level to the next. Other small streams pouring in waterfalls down the north wall of the cave have created wall travertines in places.

Since sunlight is admitted through the cave mouth moss and creepers grow on the walls, their green tones creating an ever-changing play of color. The first detailed survey of the cave was carried out in the year 2000 by the Department of Karst and Speleology Research of the Mineral Exploration Institute, and this was followed by a conservation and use plan to protect both the cave and unwary visitors. Since the inner parts of the cave contain dangerous levels of carbon dioxide and hydrogen sulfide, and only limited amounts of oxygen, just part of the cave is open to visitors. This, however, is the most beautiful.

The area is a natural conservation site and the cave was opened to the public earlier this year. The cave began to form 2-2.5 million years ago during the Pliocene Period, as the sulfurous thermal waters gradually dissolved the limestone, creating the first cave. 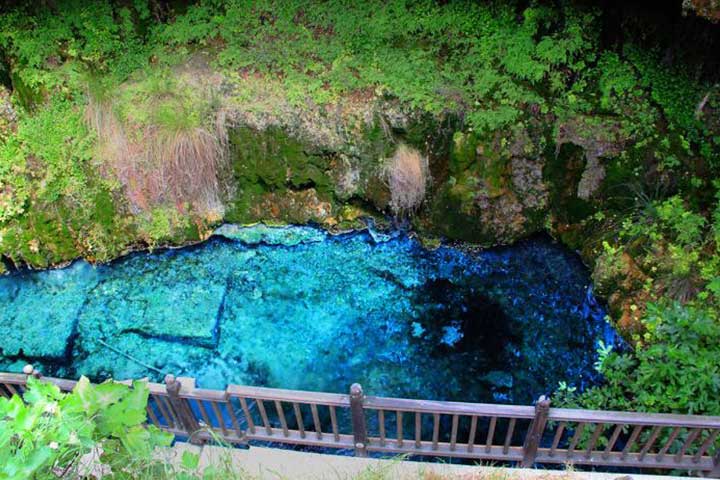 When the roof of this cave collapsed, it formed a sinkhole cone, over which lime-laden waters from a spring outside the cave flowed, depositing calcium carbonate in the form of travertine steps. This water flows into the cave mouth and pours down the steps from the pool to pool, on which the sunlight falling at different angles through the day creates a scene of wonderful variety. The walkways through the cave pass on either side of this cone.

The cave lies above a large geothermal spring at the junction of two fault lines, and water pours into the cave at many different points, both from other caves in the system and from the surface. The water in the cave has a temperature of 24°C. The largest source is a second cave west of Kaklik, of which water passes along a channel through Kaklik built by the State Water Authority. Another large underground stream bed can be seen inside the gallery to the southwest.

Although Turkey is a land of many and varied caves, this one is unusual in many aspects, with features found rarely in other caves.

Interesting, beautiful and accessible, the cave is expected to attract great interest now that it can be safely explored.