A local dance that used to be performed in Taskale is described by Cenk Gencdis in his book about the town. Two people dressed up as a camel in a costume made of sacking. A wise man wearing a white robe would appear first and behind him the camel, and then the camel’s owner, an old man. Once they had come out it was the turn of a young ‘girl’ (played by a man) in regional dress, who joined the circle. Then came two young gallants and the third man in a strange costume. The sound of the darbuka drum became more urgent, and the strains of the “ud” could be heard as far away as the granaries. The rhythm of the dance speeded up and the sense of exhilaration affected the audience. The young gallants shouted aloud and the camel went into a trance. While everyone was preoccupied with the dance the third man kidnapped the young girl. The young men took off in pursuit, caught the man and hauled him off into the presence of the sage. The sage had him punished and killed the camel which was to blame for everything. 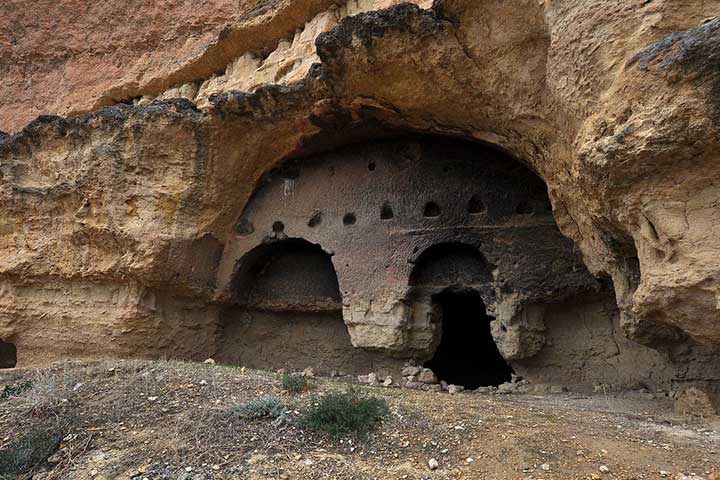 Then the owner of the camel began to cry so much that blood mingled with his tears. The camel was so affected by the tears that showed the devotion of its owner that it came to life again. It was disconnected from its shadow, however, and the shadow of the camel stretched longer and longer under the late afternoon sun that it struck Taskale Gorge -the gorge you reach when you set out from Karaman and follow the yellow signposts to the Manazan Caves and Taskale, east of Yesildere. Glancing off the Yesildere river flowing peacefully at the side of the road, the camel’s shadow flopped down on its knees on the rock walls of the 27-kilometer gorge that stretches eastwards towards the Bolkar Mountains. Then the shadow of the camel appeared on the Manazan Caves on the left-hand side of the road. A five-storey high rock which rises like the Great Wall of China just outside Taskale. The Manazan Caves were hollowed out of the rock on the north slope of the Yesildere river in Byzantine times, and their walls decorated with painting. 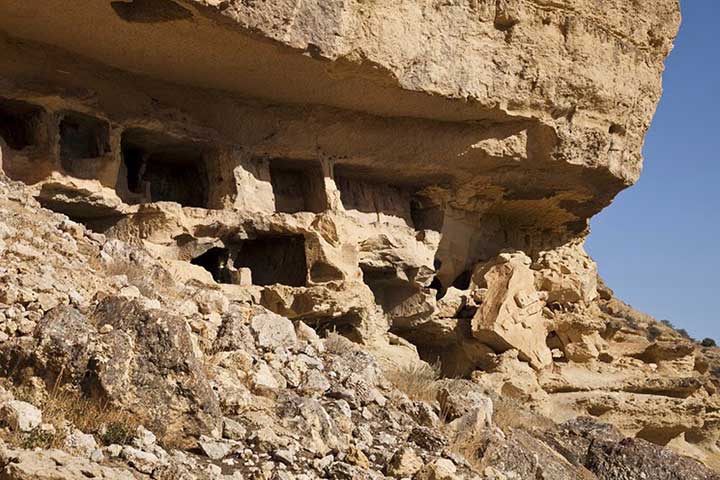 The shadow of the camel glided first into the lower caves, then up to the levels known as the Sand Castle, the Hippodrome and the Place of the Dead respectively. Then this serene shadow advanced along the mountain slope and suddenly found itself at the entrance to Taskale (Stone Castle), with its 251 ancient granaries dating back five centuries. With its limbs and even with its hump it tried to grip the cavities hollowed out of the rock at a height of 35 to 40 meters above the ground, but nearly lost its footing! Then it realized that the best solution was to climb up to them using handholds carved in the rock. Only a shadow perhaps, but we must remember that it was the shadow of a camel, and so difficult to manage, especially in the plays of light. The camel climbed and climbed. 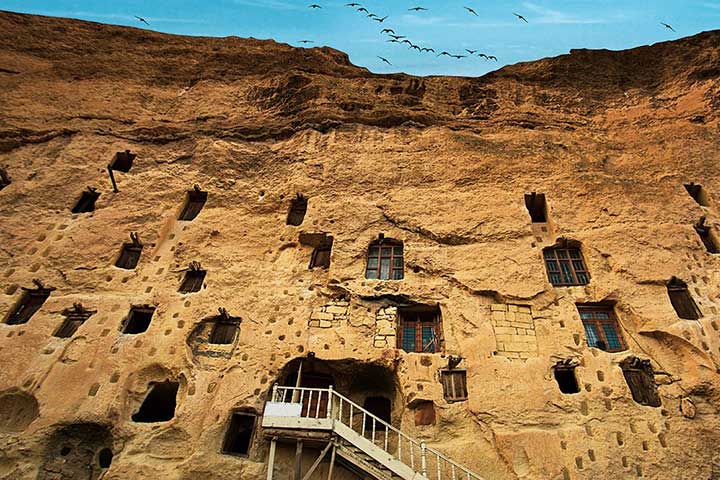 When it discovered that the tufa from which the granaries were hollowed kept them at a fixed temperature winter and summer it was astonishing. And its imaginary heart stopped a beat when it found that each granary, generally consisting of two sections, could hold 60 tons of grain and that this grain would keep here without spoiling for decades.

Then the shadow found its way underground into Incesu Cave, whose 1356 meter long gallery is the third longest in Turkey, and which is adorned with stalactites, stalagmites and travertine pools. Breathing deeply, it plunged into the 750-meter long Asarini Cave that is good for asthma and bronchitis but was scared of that dark world where bats abound. 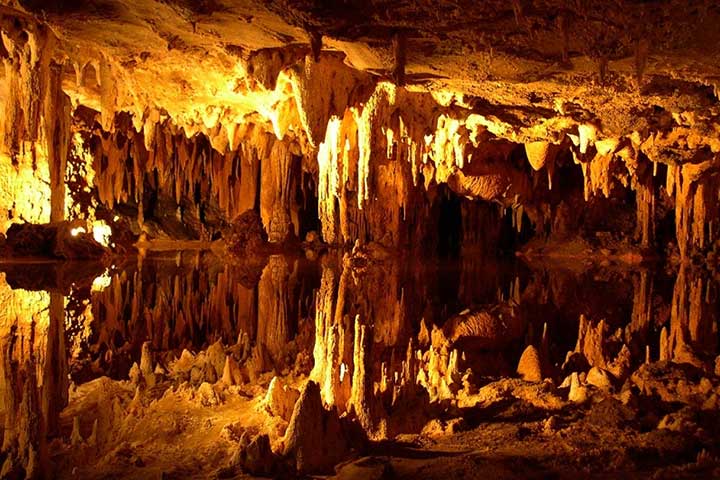 The shadow emerged into the light again and the distinction between being and non-being became ill-defined. Unheeding it flowed towards Gulluk Spring, where cold water from an underground source forms small cascades in a setting of luxuriant greenery, roses, and trees. It even passed by the trout farm. It seemed to be saying to local people dreaming of moving to the great cities, ‘Don’t go, it is so beautiful here.’ Perhaps that was why it landed on the carpets that are one of the main sources of income here, tracing the traditional motifs and searching for the fascinating yarns woven into them. It lay down upon one true tale embellished with a sun motif telling of how soldiers dressed in sheep’s pelts took the castle and hoped that one day it would be the hero of a carpet.

Then dusk fell, and in this land that was once an inland sea – to judge by the fossil of a shell on the ceiling of Tas Mosque – everyone began to applaud the dancers.