Asure has venerable associations, being ascribed to the times of Noah’s Flood. It is said to have been invented after the Ark rested on Mount Cudi in Southeastern Turkey (according to Islamic tradition) or Mount Ararat in Eastern Turkey (Christian tradition). Whichever mountain it was, Noah ordered that all the remaining provisions on the ark be boiled up into the last meal before disembarking. Whether the Asure prepared so hastily was up to scratch seems doubtful. What we do know is that “Ashure” is easily made unpalatable by undercooked beans or the wrong consistency. 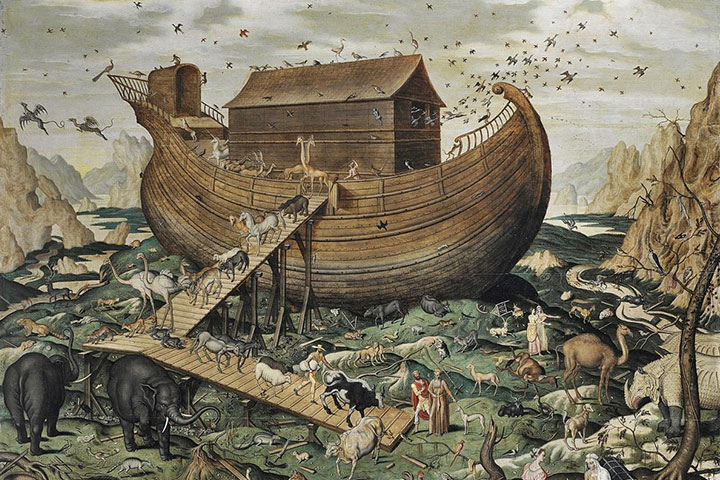 The one that our grandmothers used to cook in gigantic cauldrons, pervaded the entire house, not only with its delicious fragrance but with the excitement of this annual special event. 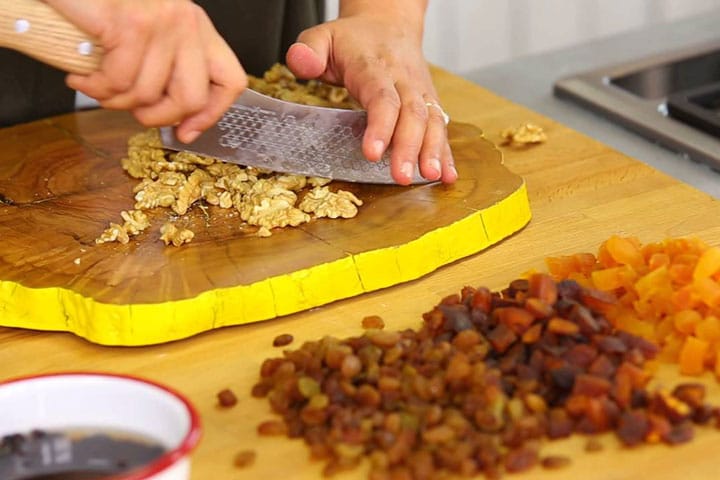 The cooking of this pudding which integrates such diverse and seemingly disharmonious flavors as beans and pomegranate seeds is a tradition that persists among the Muslims, even today. It is a custom to make it during the first ten days of the month of fasting, and distribute it to the neighbors. 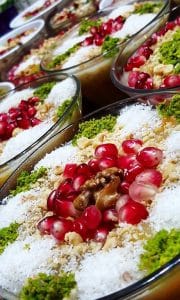 Method: Wash the wheat kernels, beans, chickpeas, sultanas, currants, and leave to soak overnight in separate bowls. The next day put the wheat in a very large saucepan with 15 cups of water and simmer over low heat for 5-6 hours. Meanwhile, boil the chickpeas and beans in separate saucepans until they are very well cooked. When the wheat has softened and the mixture is the consistency of soup, add 3 cups of sugar, and the strained chickpeas and beans. Boil together for a few more minutes and add the sultanas, currants, figs and apricots (both cut into small chickpea-sized pieces), and pine nuts. Cook for a few more minutes, stirring occasionally and remove from the heat. Pour the mixture (which should be fairly runny, it will thicken when cooled, so add water during the last stages of cooking if necessary) into bowls, and when cooled, decorate with nuts and pomegranate seeds.