Once you have made the acquaintance of provincial Turkey, you will be hooked. You will fall asleep dreaming of Asia Minor’s hidden valleys and awaken to their call. Birgi is one such little-known delight – a quiet and dignified small town at the foot of Bozdag in western Turkey. Heir to a long series of ancient civilizations that passed through this region – Phrygians, Lydians, Persians, Macedonians, and Romans – Birgi was capital to the Turkish Aydinogullari principality between 1307 and 1348, and continued to be a cultural center under the Ottomans in the 15th and 16th centuries. Birgi’s most celebrated historical buildings are Ulucami Mosque and Cakiraga Konak, an 18th-century mansion. 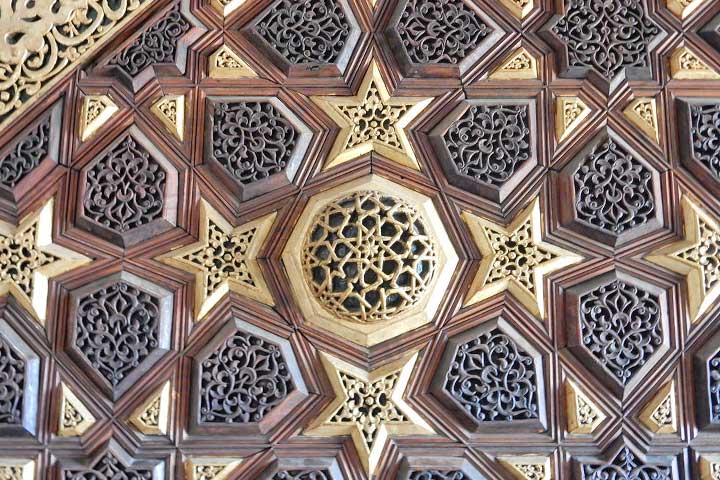 Ulucami made the headlines when its wooden minber (pulpit) doors were stolen in 1993 and later successfully retrieved after being smuggled to Britain. The mosque was built in 1312 by the Aydinoglu ruler Mehmet Bey. The east and south walls are made of marble, and at the southeast corner is a Byzantine lion. The mosque is square with five bays and has a glazed brick minaret. The portico with eight columns and a wooden ceiling is a later addition. Aydinoglu Mehmet Bey and his sons Bahadir and Gazi Umur are buried in the tomb adjoining the mosque.

The grave simplicity of Seljuk and classical Ottoman architecture is striking when you enter the mosque. This is offset by the vigorous and colorful Seljuk style tiling of the mihrab or altar niche, whose star-shaped and interlocking tiles have a pattern of scrolling tendrils in turquoise and purple. From here your eye shifts to the exquisitely worked shutters on either side of the windows. 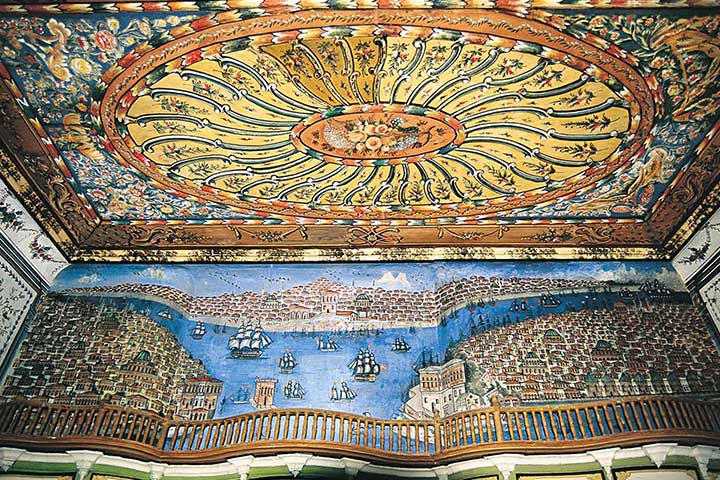 Seljuk style decoration combined with the natural beauty of the walnut wood creates aesthetic enchantment, above all in the minber. The minber door is decorated in the kundekari technique, in which intersecting geometrical patterns are formed by pieces of wood joined by tongue and groove pointing. Altogether, three thousand pieces of wood have been used in this kundekari door, on which there are two inscriptions reading, ‘He who attempts to win the world by using the next as an instrument shall gain no blessing,’ and ‘There is no place in the next world for those who bring segregation and discord.’ A craftsman named Muzafferuddin son of Abdulvahit of Maghreb took eight years to make the door, and these eight years of labor combined with a cultural legacy of many centuries resulted in a timeless work of art. 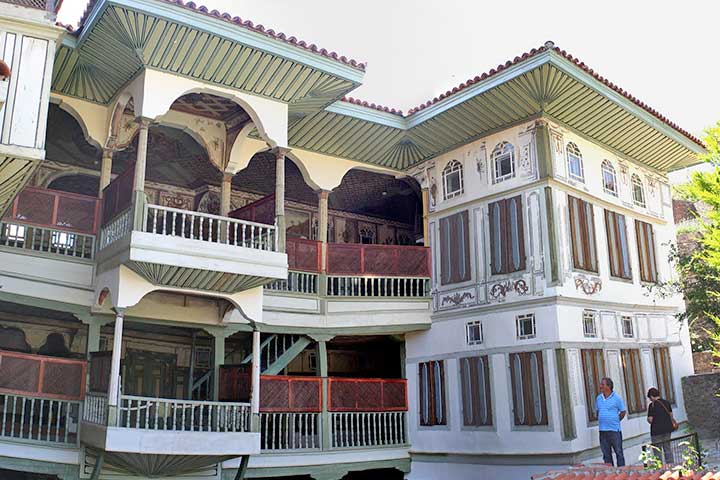 West of the mosque is another surprise: Cakiraga Konak. The konak (mansion) was built between 1761 and 1764 by a wealthy local merchant named Tahir Aga of the Cakir family (although some sources give the builder as Mehmet Aga or Serif Ali Aga). On the ground floor is a waiting room for guests, a kitchen, a stable, and a flagged hall. The winter living rooms on the second floor contain fireplaces and fitted bathing closets. The walls and ceilings of the rooms on the first and second floors are decorated with superb woodwork and painted decoration on plaster known as kalem isi. Cakir Tahir Aga had two wives, one from Istanbul and one from Izmir, and because they missed their home cities he had scenes of these cities painted on the walls of two of the rooms. To protect the pictures taking photographs using a flashlight is prohibited, so you must engrave the images on your mind as you look around the mansion.

It was declared a conservation area in 1989. Other interesting buildings in the town include the medrese – Islamic College of Imam Birgivi, the Sultansah Tomb, and Sefik Bey Yaghanesi, a plant for the extraction of olive oil. 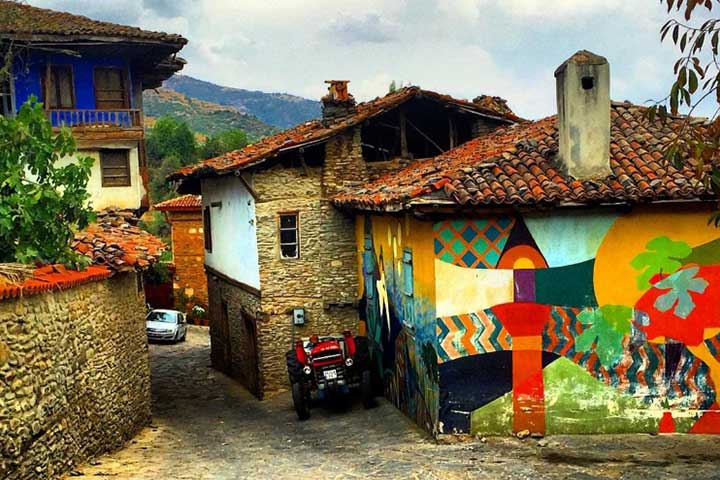 If you visit Birgi on a Monday, do not miss the weekly market, where you will encounter the same exuberant flowers as adorning the walls of Cakiraga Konak and other old houses in the town, in the colorful embroideries made by local women. Birgi lies off the beaten track, east of the main route down the Aegean Coast from Izmir to Bodrum and Marmaris. But it is well worth making the detour to discover this small town’s delightfully unspoiled atmosphere steeped in history.