The Seljuk sultan Alaeddin Keykubad I, whose reign marked the height of power and prosperity for the Anatolian Seljuks, died in 1237. From that time on the state slid into decline. As if repeated Mongol incursions were not enough, internal power struggles undermined the foundations of the state and sectarian quarrels divided the population. When successive years of famine were added to the Seljuks’ other troubles, the state finally collapsed in 1308, 237 years after its foundation.

The mystic poet Yunus Emre is thought to have lived in these troubled times, between 1238 and 1320. He spent his life wandering through Anatolia, carrying his message of love, peace, and tolerance to a people torn apart by racial and religious differences. He believed in the mystic concept of the unity of existence, by which man is seen as the reflection of God on earth and an inherent part of a single essence. People should, therefore, show tolerance and love for others even when they are at fault. As he declared, ‘We love the created on account of the creator.’ The story of his acquaintance with mysticism is told in Vilayetname-i Haci Bektas Veli.

In a time of famine, the young Yunus went to the Turkish lodge of the celebrated mystic Haci Bektas Veli to ask for wheat for his village. He did not want to arrive empty-handed, and on the way gathered wild medlars as a gift for Haci Bektas Veli, who was moved by this gesture. He invited Yunus to join their community, saying:

‘Would you rather have wheat or the favor of saints?’

Haci Bektas Veli persisted, this time saying, ‘Let us give breath to each of those medlars, and grace to each of their stones.’

But Yunus was adamant and loading up the wheat given by the dervishes he departed.

However, on his way home he began to regret his decision.

‘What have I done?’ he said to himself. ‘Wheat is consumed, leaving nothing behind, but grace is a lifelong blessing.’

He turned around and went back to the lodge, but he was too late; the key to grace had been given to Tapduk Emre. The dervishes told him to go to the lodge of Tapduk to seek grace there. In this way began Yunus Emre’s novitiate, which lasted 40 years. During the period he spent with Tapduk Emre, he chopped wood for the lodge and progressed along the path to spiritual insight. In all that 40 years he never brought a single crooked piece of wood into the lodge, believing that only the straight and true should enter there. At the end of this time, he emerged like a butterfly from its chrysalis, ready to fly to God. In describing this, he uses the metaphor of ‘cooking’ the spirit, which figures largely in mystic thought:

‘A slave at the door of Tapduk, Yunus was raw and became cooked, thanks be to God.’

In mysticism, the life of a dervish is often likened to that of a silkworm, with its three phases as a caterpillar, chrysalis, and moth each representing integral aspects of one being. The poetry of him conveys the ethics and concept of mysticism, according to which the individual should rise above will and the self as the only way to reach God and attain true understanding between people. 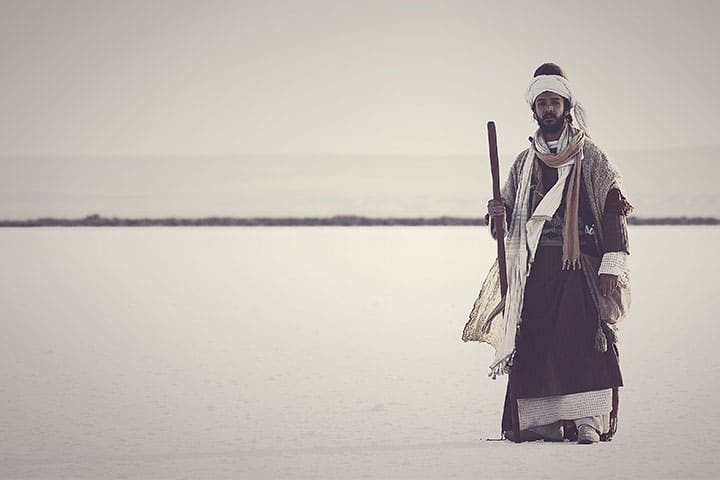 Universal peace depends on people understanding one another and desiring for others what they desire for themselves:

‘However you see yourself, see others the same way. The meaning of the four books is this alone.’

Having achieved the wisdom of enlightenment, he spent the rest of his life traveling widely through Anatolia teaching mystic thought to the people and reciting his poems.

On one occasion he visited Konya, the Seljuk center of learning and culture and home to the mystic philosopher and poet Mevlânâ. Yunus met Mevlana and attended his gatherings, as he describes in one of his poems:

‘Since Mevlana Hudavendigar set eyes on me, his sublime look is the mirror of my heart.’ Mevlana advised him, ‘Keep the shepherd strong, for wolves are many. Hear me my black lamb.’

All that we know about the life of Yunus Emre is what we can glean from folktales and legends, yet for 750 years his poems have lived on among the Turkish people. Tombs claiming to belong to Yunus Emre exist in numerous villages and towns, such as Sarikoy in Eskisehir, Karaman, Emrekoy in Manisa and Dutcukoy in Erzurum, and should not be seen as historical confusion, but as expressions of the deep love in which he was held by ordinary people everywhere. To them, he spoke in a direct and simply worded language still easily understandable today. His messages of humanity and universal love reflect a vision of a world in which everyone is accepted and has a place. He speaks out against discrimination, as when he declares:

‘He who looks not on the seventy-two peoples of the world as one / Rebels against truth, be he even a professor of theology’; calls for tolerance: ‘We hold no malice against any / The whole world is one for us’; respect for fellow man: ‘He who breaks a heart is desolate in two worlds’; and humility: ‘I hold even an ant in regard’. He advises self-criticism: ‘You have not once sought a quarrel with yourself / Nor once crossed your mountain’; explains that there is no difference between people: ‘The water that pours from a single spring cannot be at once both brackish and sweet’; denounces arrogance: ‘Many have climbed upon thrones only to tumble to the ground / Many who claimed possession have been consumed by flies’; advises generosity: ‘Give not what you earn to yourself / So that blessings hands are tied’;and advises against finding fault with others: ‘Let people weigh their words / And avoid speaking maliciously’. He sometimes speaks of the cruelty of the nobility towards the common people: ‘Gone is the generosity of lords / Each has mounted a horse / They eat the flesh of the poor / They drink their blood.’

Nature is also vividly described in Yunus Emre’s poems, as in this wonderful description of rain: ‘Clouds hang in bunches / Over the heads of the snowy mountains / Would you let down your hair for me? / Would you weep tears for me?’ In his poems, we find the inconsistency, fickleness, and variability of human emotion:’God gave me a heart / And it submits unthinkingly / Joyful at one moment / Overcome with grief the next.’

In a time of political upheaval and human suffering, the humanity and wisdom which Yunus Emre voiced restored hope and meaning to life. And his teaching is as valid today as it was in the past. What makes the poetry of Yunus Emre so timeless is the way he expresses the most complex ideas about life, human beings, and cosmotheism with clarity and simplicity, using the language of the ordinary people.