The province of Canakkale which straddles the Dardanelles strait in northwest Turkey is a region rich in legend and myth. According to one of these myths, the Strait linking the Aegean and Marmara seas was created by the sea god Poseidon, who split the land apart allowing the waters to rush through. The city on the south bank was called Dardanos or Dardania by the Hellens after its mythical founder Dardanus, the son of Zeus and Electra, and his grandson Ilos founded the celebrated city of Troy 30 kilometers to the south. The Strait, as it is known today, rivals the Bosphorus Strait in terms of momentous events in history which it has witnessed. For example, the Macedonian king Alexander the Great crossed the Strait on his way eastwards in 334 BC, and in 1353 AD Sultan Orhan Gazi crossed in the other direction in the course of expanding the young Ottoman Empire. In Ottoman times, the city was known as Kale-i Sultaniye or Sultaniye Castle, after the Valide Sultan (Sultan mother) who founded the city according to the famous 17th-century Ottoman writer Evliya Celebi. The castle was built during the reign of Sultan Mehmed II, who conquered Istanbul in the mid-15th century. Evliya Celebi also tells us that the twin castle on the north side of the strait was built during the reign of Mehmed IV in the second half of the 17th century, and called Kale-i Hakaniye or Imperial Castle.

Evliya Celebi describes this place as having such fine air and water that its inhabitants were often of great beauty, and the men as burly as Algerian mariners’. He says that the city had many orchards and gardens, and was famous for its grapes, grape juice, wine, pickles grapes, grape molasses, and meatballs. We must add that it is also renowned for its wind, which attracts large numbers of windsurfers to the Aegean coast of the province throughout the summer months. It is inextricably associated with two wars. The first was the legendary Trojan War, which took place around 1200 BC, and the second the Gallipoli Campaign which took place here 3115 years later. 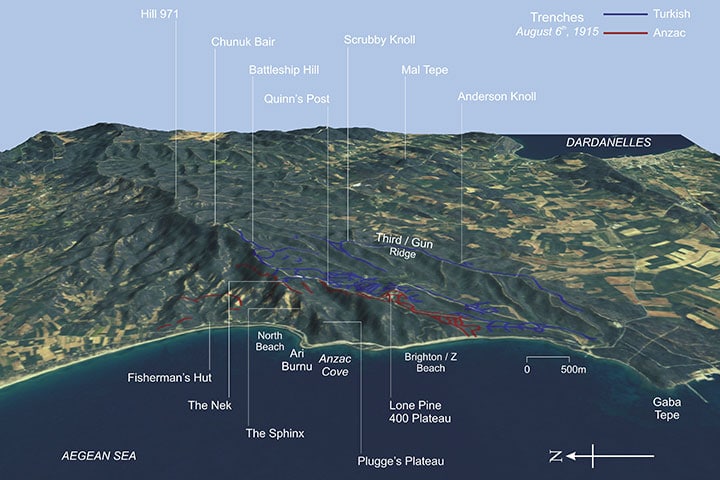 The Battle of Conkbayiri and Colonel Mustafa Kemal, as Ataturk was then, come to mind in connection with the latter. The folk song which begins, ‘The Aynali Bazaar / Mother I am off to fight the enemy’ is a memory of those sad times. The Canakkale Campaign Museum in the castle, The Castle Mosque, Clock Tower, Yali Han, and Fatih Mosque are the city’s principal sights. Traveling southwards out of the city, remember to stop at Intepe, from which point there is a spectacular view over the strait, the Aegean and the Gallipoli Peninsula on the opposite shore. Here history and nature are entwined, the imposing Canakkale War Memorial rising from the Cape of Hisarlik at the southern extremity of the peninsula. In autumn the vista is particularly beautiful when the azure waters of the Strait are framed by the steeply wooded shores of green pines and the blazing reds and yellows of the deciduous trees. 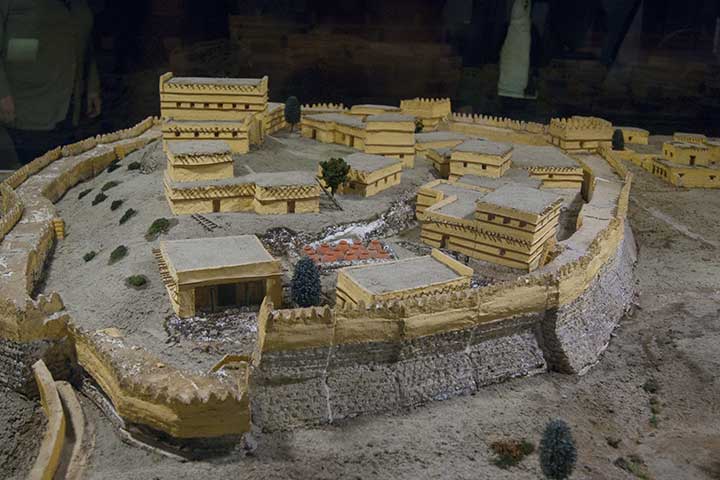 Continuing on past Troy, you come to a signpost indicating the way to the island of Bozcaada and the ancient city of Alexandria Troas which was founded in 310 BC. Taking this road through pine woods and past villages brings you to Geyikli, where car ferries make regular trips to the island, a journey of 25 minutes. The traditional Ayazma Festival in celebration of the grape harvest takes place here every year between 26 and 29 July. From the north shore of Bozcaada can be seen Turkey’s largest island, Gokceada (Imroz) to which there is a regular ferryboat service from Canakkale. South of Alexandria Troas, known to local people as Eski Istanbul Ici, is the Smintheion Sanctuary, whose Temple of Apollo is one of the three most magnificent temples in Turkey. Further south is Turkey’s westernmost point, near the village of Babakale at the mouth of the Gulf of Edremit. To travel along the Gulf you must take the main road which crosses inland and brings you back to the coast at the ancient city of Assos, where the little town of Behramkale lies on a steep hill, at the top of which are the splendid ruins of the Temple of Athena. From this vantage point, the Aegean stretches to the south and west, to the east is the broad arc of Kadirga Bay, and to the north a luxurious green valley. When you look straight down from the temple to the seashore, you can discern the marbles of the sunken harbor shimmering greenish-blue beneath the water. Kaz Daglari – the ancient Mount Ida which rises to the north of Edremit was where the world’s first beauty contest took place according to one of the many myths and legends associated with the mountain. Inland between Assos and Canakkale lie the towns of Ezine, Bayramic, and Ayvacik, where local women from the formerly nomadic Yoruk tribes of this region sell kilims. Other places worth visiting in the province are the town of Lapseki at the northwest mouth of the strait, Biga on the Marmara Sea, Can with its coal mines and ceramics factory, Yenice, just east of Can, was founded by the Kizil Keceli clan, and Bolayir where the tombs of Gazi Suleyman Pasa and the poet Namik Kemal are situated.

On the north shore of the Strait are Eceabat, site of Kilitbahir Castle, and Gelibolu, renowned for its sardines and beautiful scenery.