Alcohol has been drunk in Turkey for thousands of years, which perhaps explains why the Turks have a more relaxed attitude to its consumption than people in some other Moslem countries. By the 17th century, there were 100 distilleries in Istanbul alone. Raki is the national drink of Turkey -where today more than 61 million liters are consumed annually – more than all of the other alcoholic drinks put together. It is an anise-flavored drink with close relatives in Palestine (arak) and Greece (ouzo). It is made from raisins that are distilled in the normal way then the product is redistilled with aniseed.

It turns white when water is added (hence it’s the nickname – lions milk!). It is served in tall slim glasses and is mixed at about one part of it to two parts of water. It is often served with a separate glass of water, alternate sips are taken and some maintain that the level of the two glasses should stay the same. The idea is not to get drunk but to relax, enjoy the company, and maintain a glow. To aid this process one is usually taken with food and in the company leading to raki muhabbet (with affectionate and friendly conversation). Even when the main purpose is a drinking session food is often served on the side.

The conversation does not have to be as milky as the drink itself looks, each participant should feel free to speak his mind, but there is an expectation that the discussion will be conducted with respect and fellow feeling. Traditionally, the conversation is a male bonding activity, but more women are now drinking it and opening up the bars and restaurants, as well as the conversation, to their different perspectives on life. 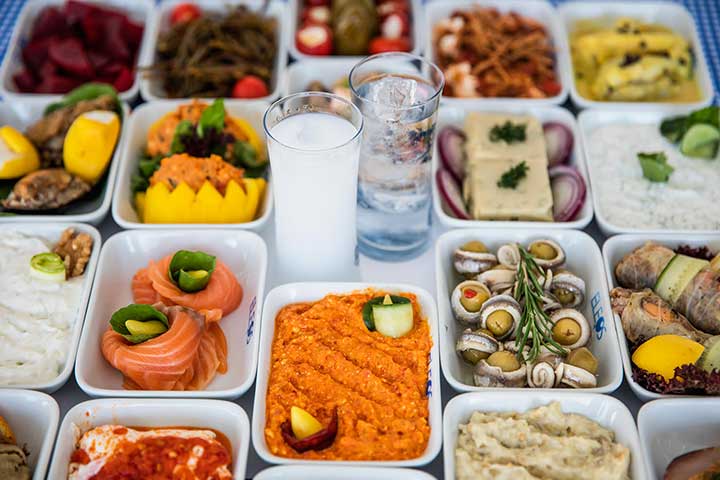 A minimum cube of white cheese and honeydew melon will be supplied or a full range of hot and cold meze (hors-d’oeuvre) might be served. Depending on the region, mezes may vary, yet most of them are ordered randomly or if you are enjoying it at a family or best friends-gathering dinner outside; then you will order some extra mezes or most favorite ones that the group loves. 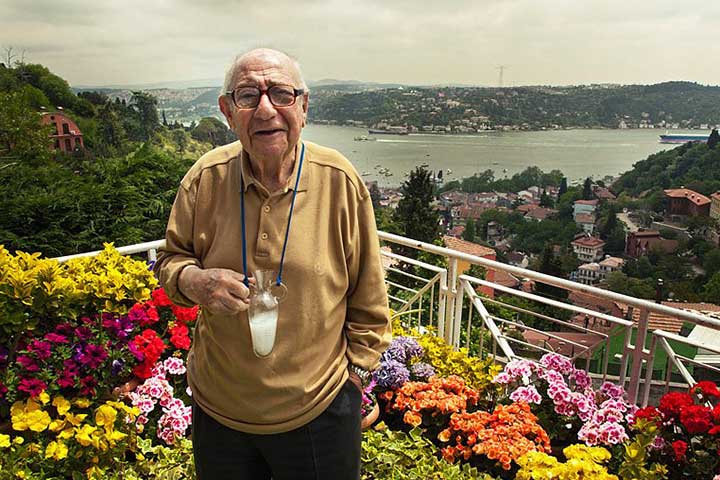 As most of these rules (written by the master Aydin Boysan) are unique to Turkish culture itself, here are the most recommended ones at least for the first-time drinkers:

The list goes on and on and for sure, you don’t have to follow all these rules at all times, but it is just good to know that it is a culture and you have to be aware and listen to the pieces of advice of your Turkish friend.