Geographically, Turkey enjoys a very special location concerning seas and landmasses, and a remarkable diversity of terrain, habitat, and climate, with a large number of streams and rivers. The country has a coastline of 8200 kilometers, yet an average altitude of over 1100 meters. Vast forests of spruce and fir suddenly make way for bare steppe and semi-desert conditions, and there are numerous wetlands, both freshwater, and salt. 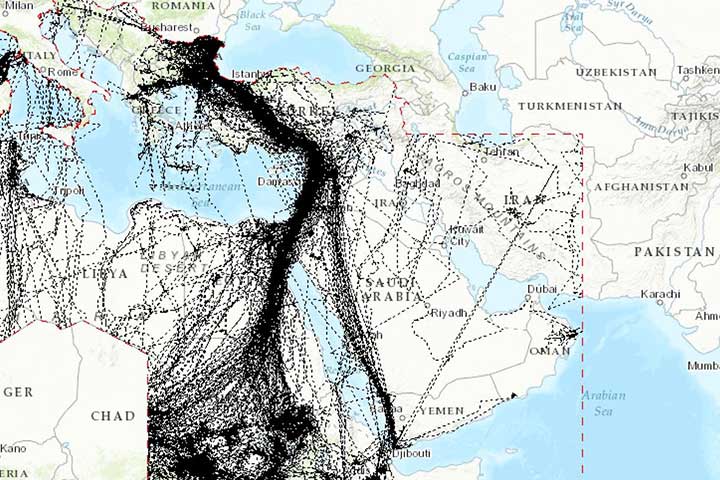 Then there are the birds. Turkey’s mountains, forests, coasts, steppes, arable land, and wetlands are temporary or permanent home to nearly 450 species or approximately 75 percent of all the recorded bird species in the Western Palearctic. Twenty-three of these are rare species threatened by worldwide extinction. A high proportion of the millions of birds that migrate from Africa to Europe in spring and back again in autumn fly over Turkey because the peninsula of Anatolia which forms Turkey’s mainland mass serves as a convenient bridge between the continents. The main migration routes are along the Bosphorus and Canakkale Straits and the valleys of the Eastern Black Sea. The sight of the sky filled with tens of thousands of wheeling storks or soaring eagles over a great city like Istanbul is unforgettable. The best time of year to see these remarkable phenomena are April – May, and August – September, and the best vantage points in Istanbul are the hills of Sariyer and Camlica overlooking the Bosphorus. In a study carried out thirty years ago, nearly 350,000 storks were counted over Istanbul for two months in autumn. 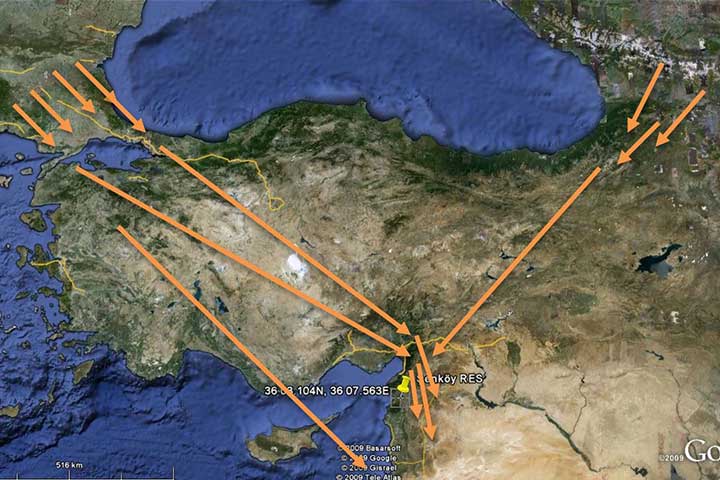 Birdwatchers who come to Turkey for the first time should certainly start or end their journey in Istanbul if they come in those months. The other must on their itinerary is the wetlands, of which the nearest to Istanbul is just a two and a half-hour drive away. This is Kuscenneti, one of Turkey’s first national parks, near Bandirma. Although this consists of a small willow forest on the shores of Lake Manyas (alias Kus Golu), astonishingly large numbers of birds come here. Large species which nest in the willow copses include spoonbills, squacco herons, night herons, little egrets, grey herons, glossy ibis, cormorants, and pygmy cormorants. Dalmatian pelicans, which are endangered species, breed on special platforms built for them here. If you come in May or June, try looking out from the observation tower in this bird sanctuary. 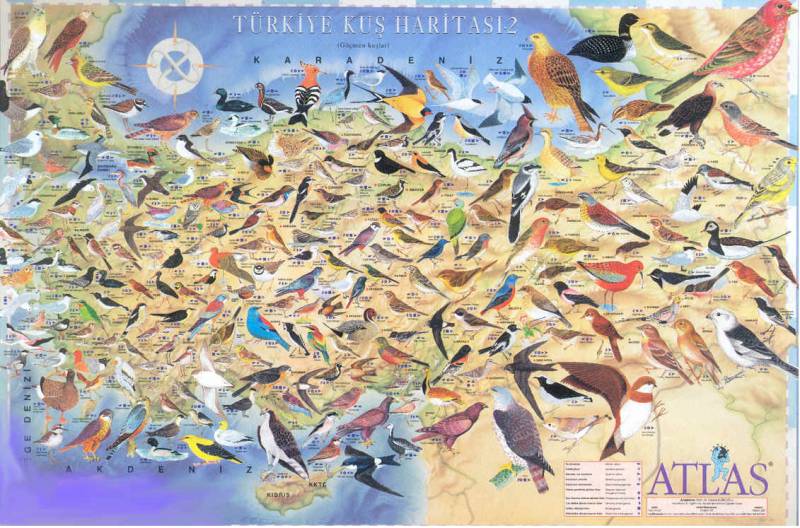 On the Aegean Coast are two deltas of particular importance where birdlife is concerned. One of these is the Gediz Delta, where the Izmir Kuscenneti bird sanctuary is located (also known as Camalti Tuzlasi), and which lies just 25 kilometers north-west of Izmir at the mouth of the gulf. This bird sanctuary is famous for its flamingos and has paths and observation towers that enable visitors to get a good view of the birds without disturbing them. This is a perfect place to spend a weekend in spring or summer. South of Izmir is the Buyuk Menderes Delta, which is the largest and also the most important delta in terms of birdlife in the Aegean Region. The scenes you are likely to see on the northern shore of the delta early one sunny spring morning will be imprinted on your memory forever. Flamingos, herons, and pelicans provide the only movement in the still water of the delta, and of course, the fishermen, who still use the traditional methods they have used for centuries. After visiting the Delta, you can spend the rest of the day visiting the ancient cities of Miletus and Priene, both among the most spectacular sights in western Turkey. Here you will be able to see not only history but also an abundance of songbirds which make their home in the ruins.

The Goksu Delta on the Mediterranean holds the Turkish record for the greatest number of species ever observed in a single area, 331 in all. Throughout the year a wide variety of common and unusual birds can be seen here, including rare and large birds of prey like the white-tailed eagle, imperial eagle, and greater spotted eagle. In the winter months, cranes and tens of thousands of ducks of many different species inhabit the delta, and in the breeding season birds like the white-headed duck, marbled duck and gallinule make this wetland a center of attention for ornithologists around the world.

Turkey’s Lake District, with its many large and small lakes, is situated between the Aegean, Mediterranean, and Central Anatolian regions. Here are Turkey’s two largest freshwater natural lakes, Egirdir and Beysehir.

Although central Anatolia is largely bare dry tableland, surprisingly it also possesses some of the country’s foremost wetlands. The region is an ancient seabed, left high and dry after the formation of the Taurus Mountains. Tuz Golu (Salt Lake) could be likened to the last remaining puddle of this ancient sea, in the lowest-lying part. The lake has one of the highest salinity levels in the world, which is why it attracts flamingos in such huge numbers.

The deep forests and craggy mountains of the Black Sea region offer remote habitats for rare species like the Caucasian black grouse and Caspian snowcock and are perfect for birdwatchers who like a challenge.

Eastern Anatolia with its lofty mountains and high plateaus, and southeastern Anatolia with its semi-desert character, despite the huge amounts of water carried by the Euphrates, the Tigris, and their tributaries, also offer their surprises for birdwatchers. Here can be seen many of the rare species native to the Caucasus, Caspian, Middle East, and Western Asian regions. These include such endangered songbird species as the cinereous bunting, Grey-necked bunting, desert finch, pale rock sparrow, eastern rock nuthatch, and Upcher’s warbler. What more could a birdwatcher want than to see one of these? And finally, at Birecik on the Euphrates, you can see the last of Turkey’s Bald Ibis (Kelaynak) but unfortunately only in cages. Captivity was the last hope for this virtually extinct species.

This brief ornithological tour of Turkey gives an idea of this land of birds, where so many elusive species still make their home.