Egirdir is a town in southwest Turkey lying on the shore of a large lake surrounded by mountains. Travelers stop here on their way to Cappadocia, Antalya or Pamukkale to visit the ancient cities of Sagalassos, Pisidia or Adada, and the area also attracts many people who come for outdoor sports that include paragliding, trekking, swimming, caving, hunting and skiing at the nearby Davras. As you approach the town along the main road between Isparta and Beysehir, you first catch sight of the lake with its many small peninsulas stretching out into the blue waters. Two small islands in the lake, Yesil Ada (Nis Adasi) and Can Ada, were linked by a causeway to Kale Burnu headland about 30 years ago so that the inhabitants would no longer be cut off from the mainland when ice made the use of boats impossible in winter.

Kale Burnu is where the old quarter of the town is situated. The ancient castle here after which the headland takes its name was built by the Lydians, and only its inner walls are still standing today. In antiquity, the town was named Krozos, probably after the famous Lydian king Croesus. The Persians, Alexander the Great, the kingdom of Pergamum, the Seleucids, Romans, and Byzantines all ruled here by turn. In Byzantine times the town was called Prostanna. There are still traces of this early settlement on the lower slopes of Sivri Dag, the mountain also known as “Egirdir Sivrisi” which is depicted on ancient coins minted here. 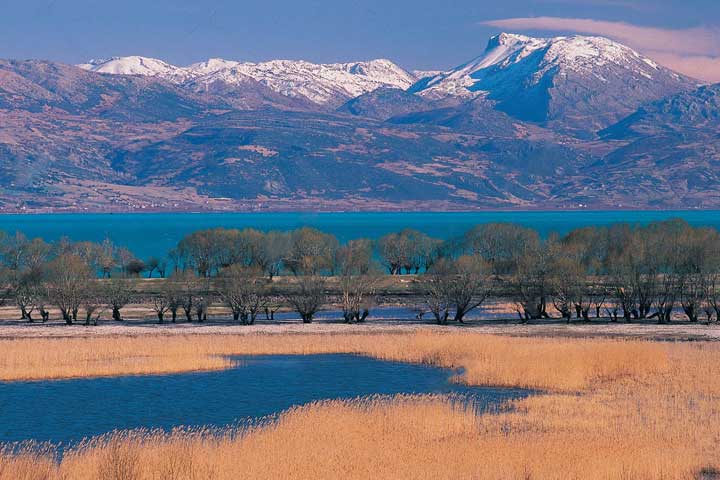 Few historical buildings have survived in the town. The Han or commercial exchange built by the Seljuk sultan Alaeddin Keykubad I in 1237 was later converted into a medrese or college by Hamidoglu Dundar Bey, and today its surviving ground storey contains shops. Facing it is Hizir Bey Mosque, whose great door is famous for its beautiful woodcarving.

On the tiny island of Yesil Ada, where there are several guesthouses, small hotels and fish restaurants, is the 19th century Church of St Stephen. It was once capital to the Hamidogullari emirate, which ruled this region in the 14th century. The founder of the emirate, Felekeddin Dundar Bey named the town Felekabad after himself.

Lake Egirdir is the fourth largest lake in Turkey, formed by the subsidence of the layers of limestone, and lies between the Sultan and Karakus mountain ranges. Until 50 years ago the lake was surrounded by marshes, but these were drained by means of a channel excavated southwards to Lake Kovada, creating fertile land where Turkey’s finest tasting apples, olives, peaches, grapes, and other fruit are grown in abundance. The red-cheeked green apples are harvested in late September and October when the orchards bustle with people of all ages hard at work picking the apples and separating out those that are bruised or otherwise damaged. 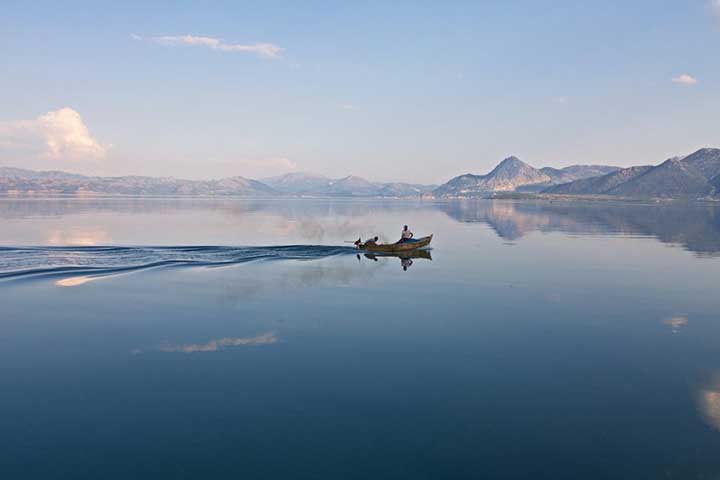 They are then stored in refrigerated warehouses ready for export, which is why many people in Turkey have never tasted these delicious apples. Do not be surprised when you see children in the town begging their mothers for apples rather than chocolate.

During September and October, an unusual market known as “Pinar Pazari” is held every Sunday in Baglar. A road through apple orchards leads to the marketplace, which is shaded by ancient trees. The market has been held for centuries and was originally established by the Yoruk nomads, who as autumn set in came down from the mountains to sell their produce. The last market day is reserved for women alone, and traditionally was an occasion when mothers of grown sons looked out for prospective daughters-in-law! 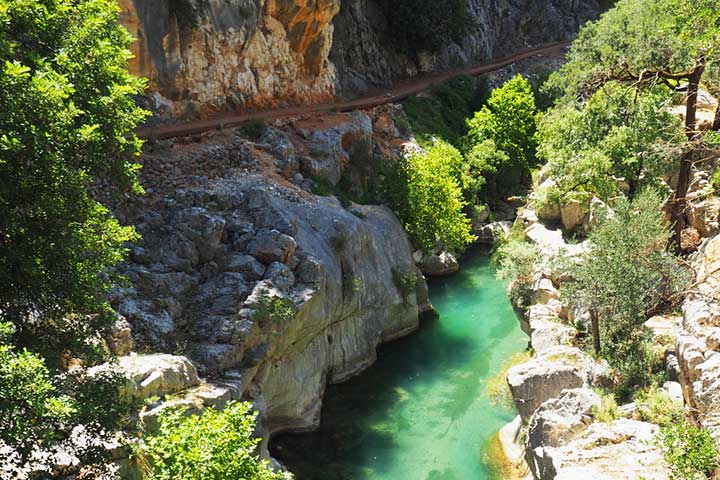 Thirty kilometers southwest of the town is Zindan Cave on the banks of the Aksu River. This fascinating cave system, which stretches for 800 meters, has been used since Roman times when a temple was built at the entrance and is famous for the cavern known as the Turkish Bath. It is now being illuminated and restored for visitors. Two other interesting caves in the area are Ayi Ini and Pinar Gozu. But if exploring beneath the ground is not to your taste, you can visit the rare kasnak oaks (Quercus vulcanica) in the nature reserve at the village of Yukari Gokdere. As well as the kasnak oak, which grows naturally nowhere else in the world, there are junipers and cedars. This mountainous region is rich in plant and animal species, and one of the best places to see these is the Kovada Lake National Park, with its spectacular scenery.

Where antiquities are concerned the King’s Road dating from the Lydian period is one of the most remarkable sights of the region. After crossing the Goksu River the road enters a gorge where there are ancient inscriptions addressed to travelers. The ruined city of Adada and the lakeside beach of golden sand close to the station are other sights that you should not miss when visiting this beautiful town.