What is red, carries a sack, laughs in a jocular fashion and flies through the sky in a sleigh? No marks for getting the answer right, because we all know it is Father Christmas…

In part, he is the ancient Viking spirit of winter, dating from a time when people feared the harsh winter season of the northern regions, and to allay its ferocity dressed someone up as Winter and made him welcome. Hence the custom of putting out food and drink, and the widespread belief that Father Christmas lives in the Arctic in the off-season. Santa’s jolly, friendly and lovable personality, however, is quite unlike the fearsome Winter and has a very different origin. This was the creation of an American professor of divinity, Clement Clark Moore, who wrote a poem in 1822 describing Santa in the following terms: ‘His eyes-how they twinkled! his dimples how merry! / His cheeks were like roses, his nose like a cherry… / He had a broad face, and a little round belly, / That shook, when he laughed, like a bowl full of jelly, / He was chubby and plump, – a right jolly old elf / And I laughed when I saw him, despite myself. / A wink of his eye and a twist of his head / Soon gave me to know I had nothing to dread.’ The red costume with fur trimming, wide belt and cap was the inspired idea of an American artist Thomas Nast, whose drawing of Santa appeared in Harper’s Illustrated Weekly in 1863. 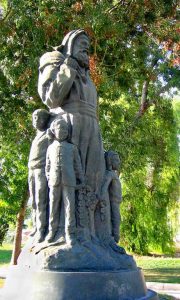 Apart from the new outfit Nast also introduced reindeer as Father Christmas’s preferred form of transport, in place of the earlier horse, dog-team, goat-cart or camel. Trolls, gnomes, elves and many other characters of ancient northern folklore all left a trace on the modern image so beloved of advertisers, Christmas card designers, department stores, and of course children. But behind the image lies not a legend but a real man. St Nicholas or Santa Claus was the substance behind the composite legend and the source of the gift-giving and association with children. St Nicholas was a bishop of Myra in southwest Turkey and his church still stands just outside the modern town of Demre. He was born in 280 AD in the city of Patara 80 km away and died in Myra on 6 December 345. His generosity, and his kindness to children became legendary. He provided dowries for poor girls, for instance, and rescued several small boys from a villainous innkeeper who had a nasty habit of catching them to pickle in brine, demonstrating to the discredit of mankind that every age has had its serial killers.

St Nicholas became the most popular saint in Europe, with thousands of churches dedicated to him, over four hundred in Britain and a thousand in France, for example. The day of his death, 6 December, was celebrated enthusiastically, particularly in Germany, Switzerland, Austria, the Netherlands and Belgium, and he reciprocated by bringing children gifts. Holland has an interesting variation on this theme, with St Nicholas arriving by boat accompanied by Moorish servants in 16th-century Spanish costume. But St Nicholas is not the traditional gift-bringer in every country. In Catholic countries, this is the duty of the Christ child, who is sometimes an angel-like figure and a messenger of Christ rather than the young Jesus. Yet even here he has made inroads into the popular imagination, as a modern legend and irresistible product of globalized culture. But to return to the real man. St Nicholas was imprisoned by the Roman Emperor Diocletian for his efforts to spread Christianity in 310 but was released when the people of Myra appealed to Constantine the Great. Constantine ordered his release, and in the year 313 denounced paganism in favor of Christianity as the official faith of the empire. St Nicholas was one of the bishops who upheld the doctrine of the Trinity at the Council of Nicea in 325, declaring that just as fire, earth, and water all combined to create a brick, so God could have more than one aspect. 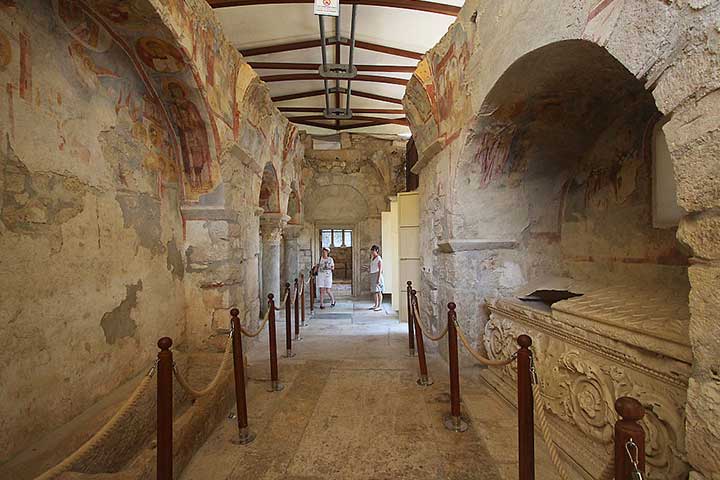 When he died in 345, St Nicholas was buried in his church in Myra, but his memory did not die with him. In the 6th century, Justinian I sent a gift of precious gold and silver liturgical gifts to the church. These were stolen by Arab pirates who attacked Myra in the 7th century and they buried the treasure hoard when they were attacked in turn, intending to retrieve it later. This hoard was discovered by a Turkish woman while grazing her goats in 1963. Many pieces fell into the hands of smugglers and were eventually bought for one million dollars by the founder of the Dumbarton Oaks Museum at Harvard University. Some of the objects had been broken into pieces in the smugglers’ efforts to evade the authorities, and plans to reunite the separated parts have been discussed – so far inconclusively – by Harvard University and Antalya Museum. St Nicholas’s bones suffered a similar fate. In 1087 the bones of the saint were raided from his grave and taken to Bari in Italy in an attempt to divert the pilgrims who for centuries had flocked to Myra. The relics received an enthusiastic welcome from the populace, and in 1089 Pope Urban II commanded that a cathedral is constructed over their new resting place. In 1953 the bones were carbon-tested, revealing that they did indeed date from the fourth century, but in the process, it was realized that the skeleton was incomplete, presumably left behind in the scramble to get away from the irate Myrans. Meanwhile, in 1925, an unidentified Italian woman had presented the Turkish authorities with a reliquary containing what she claimed were five bones belonging to St. Nicholas and with an engraved gold medallion depicting the saint on the lid. 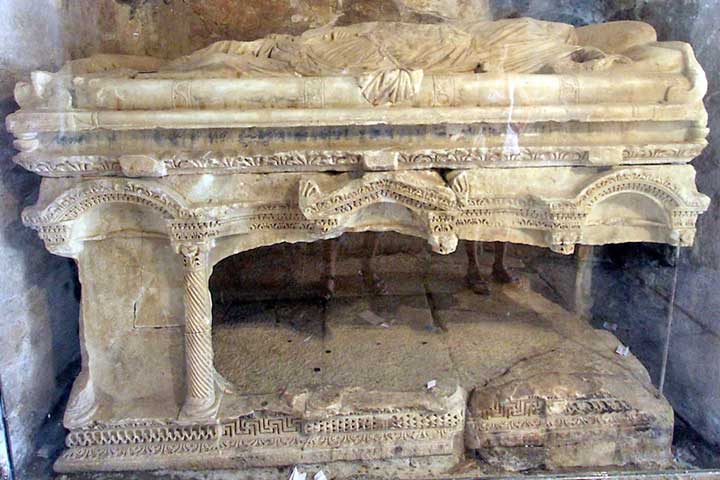 These bones can today be seen in Antalya Museum. St Nicholas was equally popular in Catholic, Protestant, and Orthodox countries. In Russia churches dedicated to the saint outnumbered those in western Europe, and in 1853 Tsar Nicholas I donated a bell and a marble plaque to the church, at the same time declaring St Nicholas to be the patron saint of the city of Moscow and all of Russia.

As a saint beloved by Christians of all denominations, famous for his charity and kindness, and in the – admittedly distorted and commercialized – the figure of him which has become familiar to children of all faiths all over the world, St Nicholas was the ideal rallying point for calls for world peace and dialogue between different religions. This new role for Father Christmas took shape in 1981 when the first celebrations of St Nicholas took place in Demre in a joint project between the Turkish Ministry of Culture and the Vatican. On 6 December 1993 Muslim, Jewish, Catholic, Gregorian, Orthodox, and Syrian Orthodox clerics gathered in Demre for the Santa Claus Call for World Peace celebrations and spoke of unity, dialogue, fraternity, peace, and solidarity. Over the years Buddhists and Bahais have also joined in the ceremonies. Since 1995 the Santa Claus Peace Prize has been awarded annually to people who have fought against religious or racial oppression and for the cause of peace and tolerance.