Mardin, the legendary city of Upper Mesopotamia, has a history going back to 8000 BC, and over the millennia numerous civilizations have come and gone. This is a city of evocative beauty and unique atmosphere, where people of different cultures and religions have always lived in harmony. The Romans knew it as Maride, the Persians as Marde, the Byzantines as Mardia, the Syrians as Merdo or Merdi, and the Arabs as Maridin. It is a city about which songs have been sung, poems recited and legends told. But the only way to get to know it properly is to experience it at first hand for days and preferably weeks; to breathe the warm air of Upper Mesopotamia and wander through its labyrinthine streets, sometimes losing your way.

With its unique stone architecture, it became the second city in the world to be declared a conservation area in entirety. When you examine its buildings you will be astonished at the way the Syrian Orthodox builders worked the stone with the delicacy of kilim or lace patterns. Syrian Orthodox churches stand side by side with mosques and medreses here, sometimes the sound of church bells mingling with the chant of the ezan. A priest and mosque imam are to be seen deep in discussion on the street corner, speaking the local dialect.

Syrian Orthodox gold and silversmiths whose work is famous throughout the country still practice their craft here, their workshops side by side with those of Muslim coppersmiths. Along with the buildings themselves, it is to be hoped that this living culture can also be preserved. When I arrived at the place after the 96 km journey from Diyarbakir, I immediately plunged into the maze of narrow lanes that rise up the hill as far as the castle. From time to time I lost my way but finally emerged from a lane to find myself facing the city museum. Here I was offered tea by museum researcher Hasan Karabulut, who regaled me with a fascinating account of the city. He told me that a few days, even weeks or months were not sufficient to get to know the place well. “Here each building is a distinct world”, he said, “and to unravel the secrets of these diverse worlds you must get to know the place well.” During my stay, I came to realize how right he was.

The museum is housed in the former patriarchate constructed in 1895 by the Patriarch of Antakya, Ignatios Benham Banni. Now restored to its original condition, the building houses collections dating from 4000 BC up to the present day and representing the Assyrian, Urartian, Hellenistic, Persian, Roman, Byzantine, Seljuk, Artuklu and Ottoman periods. Pottery, seals, cylinder seals, coins, lamps, figurines, teardrop bottles, and jewelry are among the many and fascinating exhibits.

The U shaped main street of Mardin is the only one open to motorized traffic, transportation through the side streets being restricted to donkeys and mules. Otherwise, everything from shopping to daily stuff is carried by people. Pack animals are even used for refuse collection here.

The city is like a micro-museum and everywhere are things of interest to see. Above the house doors are carved pictures (of the Kaaba if the owner has made the pilgrimage to Mecca), and the door knockers have a distinctive form resembling the beaks of birds. Often the lanes run through arched tunnels beneath the upper floors of houses. Relief carvings of animals and fruit lend the city a dream-like character, and the modern world seems to fade away. From beneath the castle is a marvelous view over the plain past the dome of Zinciriye Medrese built-in 1385, the minaret of Sehidiye Mosque and the silhouette of Ulu Mosque. The predominant color of this vista and Mardin itself is yellow, manifested in many subtle tones.

After tearing myself away from the carved decoration on the gate of Zinciriye Medrese and Mosque, I took a brief break in the tea garden looking onto Sehidiye Mosque. My next stop was the lovely Ulu Mosque, thought to have been built originally in the 12th century by the Turkish Artuklu principality, and extensively repaired during Akkoyunlu and Ottoman times. I enjoyed another scene in the courtyard of the Church of St. Peter and St. Paul, where I was offered coffee by the priest, and then wandered onto the courtyard of the Akkoyunlu Kasimiye Medrese, and stopped to quench my thirst at a street fountain. 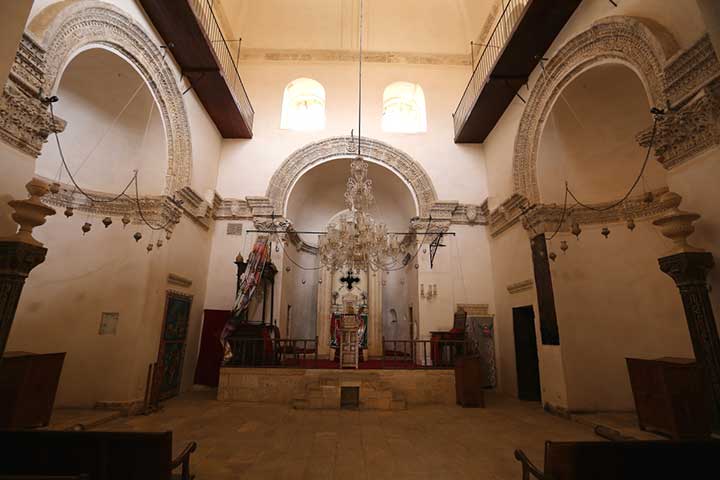 On the lower section of the main street, I encountered a superb view of the city’s traditional houses with the castle rising above them. This is the classical view of Mardin pictured by so many photographers. As you stroll through the streets, you wish time would stop instead of hastening away beneath your feet. This is a place where there is always more to see and more friendships to forge. And you need several days more to explore the monasteries and ancient ruined cities outside the city. Near the 1600-year-old village of Eski Kale, 8 km from the city, is Deyrulzafaran Monastery, under the auspices of the Syrian Orthodox Patriarchate. This is one of the most revered institutions of the religion, containing the graves of 52 Syrian Orthodox patriarchs. It was founded at the end of the 4th century. Just 1 km north of Deyrulzafaran is the Mor Yakup Monastery.

Now that Turkish Airlines has added Mardin to its domestic flight destinations, this ancient city is close to us. Every season of the year is suitable for visiting this captivating southeastern Turkish city, where people of diverse cultures and faiths live together in friendship and peace. If you go in winter and it happens to snow, then you will be one of the lucky few, because snow only falls here once every forty years. 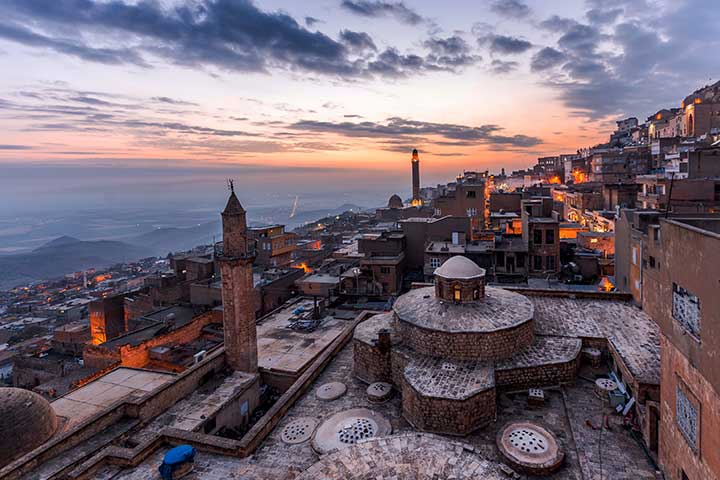