Tere is one food without which no meal is complete, in Turkey at any rate. That is bread, a food we know so well yet never tire of. It is delicious all by itself when it comes steaming hot and crusty from the oven, and comes in innumerable varieties. We all have our favorites.

It is the symbol of all food, as demonstrated by the saying to earn one’s daily food, and held sacred as a source of life and gift of God. We thank God for our daily bread, but also say in Turkish that ‘bread is in the lion’s mouth’ meaning that to earn a living involves a struggle. Oaths can be sworn over this essential and waste it or let it be trodden underfoot is a sin.

Over most of the world, it is a staple food, its shape, method of preparation, and the cereal grains it contains varying widely from country to country and region to region. In many parts of the Middle East, Asia, and Africa flat leavened type of very ancient provenance is still made, like the pide of Turkey. Small and even flatter unleavened one is made in India of millet and in Central and South America of maize flour. In Brazil, tiny flat one made of manioc – flour ground from the cassia root – are eaten with the exotic local cuisine, which is a combination of African, indigenous Amerindian, and Portuguese cookery. Even in the Far East, it shares first place with rice as the main food. In Germany, Scandinavia and Russia black rye one is popular. 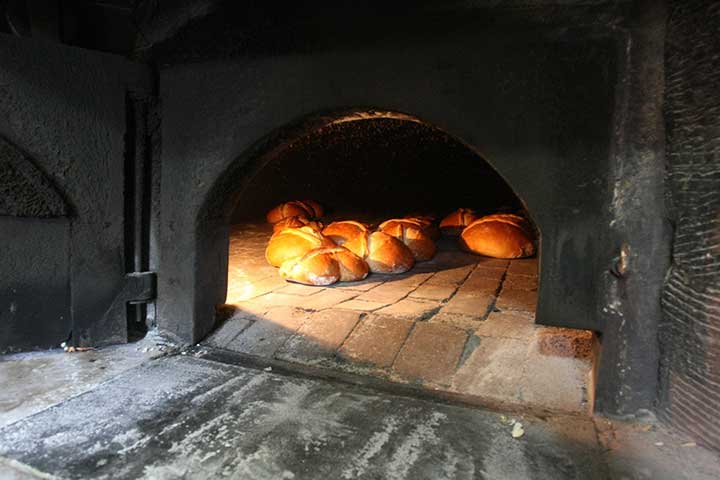 Cereal consumption in Turkey is enormous compared to, say, Germany at 230 kg and 74 kg per capita respectively, and most of this high total is accounted for by wheat one of various kinds. Wheat is the only cereal containing sufficient gluten to rise significantly and give a spongy consistency. To a much lesser extent rye has the ability to form a leavened one, but other grains like maize, barley, and millet can only be used to form flat cakes rather than proper making unless mixed with a high proportion of wheat flour.

Wheat one made with wheat flour, yeast and water containing 35% water, 53% starch, 8% protein, and 1.4% fat, and each 100 g contains 240 calories. In addition, it contains significant quantities of B and B2 vitamins, niacin and iron. In all, it is a valuable foodstuff in its own right.

Kneading is an important part of the process since it ensures that the yeast is evenly distributed. The dough is then left in a warm place to rise, a process by which the yeast liberates carbon dioxide gas. The bubbles of gas are prevented from escaping by the elastic gluten in the flour. Rising may take anything up to 4 hours. The dough is then divided and shaped into loaves and left to rise for the second time. Just before going into the oven cuts are made with a knife on the top, and it is baked at temperatures of 230-280 degrees centigrade. The one made by this classical kneading method has more flavor.

Agriculture, and primarily the cultivation of cereal crops, began in Mesopotamia and spread first to the hot regions of Asia and southern Europe. An important factor in this pattern is thought to be that meat obtained by hunting did not keep well in hot climates, so providing motivation for developing alternative foodstuffs. In Turkey, whose southeastern regions correspond to northern Mesopotamia, Assyrian, Hittite, and Sumerian carvings show figures engaged in farming. It is thought that it was first made twelve thousand years ago by mixing coarsely ground grain with water and baking it on hot stones in hot ashes. Yeast, which is a microscopic fungus, was discovered after the dough was affected by the fungus by accident, and its favorable effect was observed. 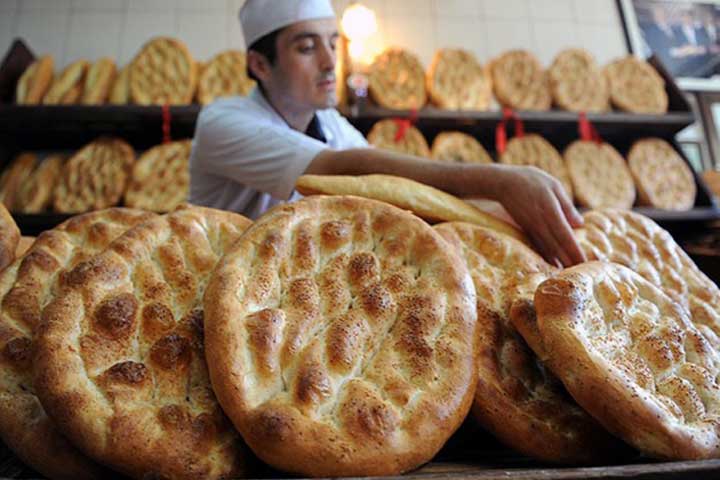 Although in Turkey, it is made of wheat flour, some regions also use barley, rye, or in the Black Sea region maize flour. Roughly speaking Turkish bread fall into three categories: very thin rolled sheets known as yufka, flat leavened one such as pide and loaves known as somun. Yufka, the most usual type among nomadic communities, is cooked on a griddle and then dried, in which state it will keep for a long time.

Pide is cooked in an oven. Shaped into flat circles or ovals it may be sprinkled with sesame seeds or black cumin and brushed with beaten egg. In the month of Ramazan, the evening meal is not complete without pide, and queues form outside the bakeries as the hour of breaking fast approaches. The round loaves are known as somun used to be made of flour with a high bran content, usually by public bakeries. Their equivalent in most Turkish cities today is known as francala and made of highly refined white flour. 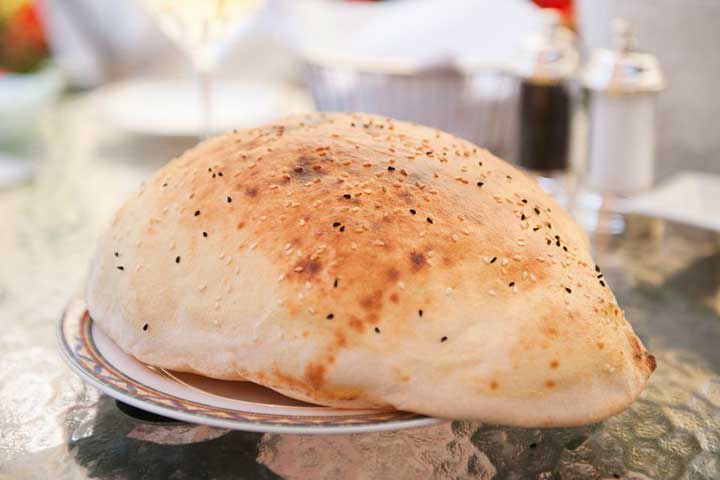 In 17th-century Istanbul, according to the Turkish writer Evliya Celebi himself, there were 999 bakeries employing ten thousand bakers. He tells us that the guild of bakers regarded Adam as their patron saint in the belief that he had ground wheat into flour at the command of the Angel Gabriel, and their second patron saint was Amr bin Umran, a contemporary of Muhammed.

In Ottoman times, it was sold at the bakeries and local markets, and also by street sellers from carts and baskets. Whatever the changes in the way it is made and the types over the centuries, this Turkish proverb has not lost its significance: ‘The root of the tree is the earth, and the root of men is bread’.