Born in 1922 in the UK, June Haimoff (known as Captain June) moved to Africa for business since her father was a fuel engineer. She lived in Uganda, learned Swahili. This is how the adventures life of this beautiful girl started running barefoot around these vast lands.

When they moved back to London, she took lessons of ballet, theater, music, and singing. She was dreaming of being on the stage but fell in love at the early age of 20 and she got married. Her husband was very rich and an older man. While her life swung into another direction than she dreamed, things did not go well as planned and she got divorced.

She fell in love with another man this time and moved to New York. He was even richer and then they moved to Geneva and started living in a marvelous chateau. She was a jet-setter getting invited to luxurious parties, but this was not the same girl running around the vast lands, so she got divorced again.

Then she bought a small sailing boat and set the sails for the Mediterranean anchoring at the Greek Islands for 20 years. Jumping in between different islands, she got to know the Aegean Sea like the palm of her hand and became a highly experienced captain. 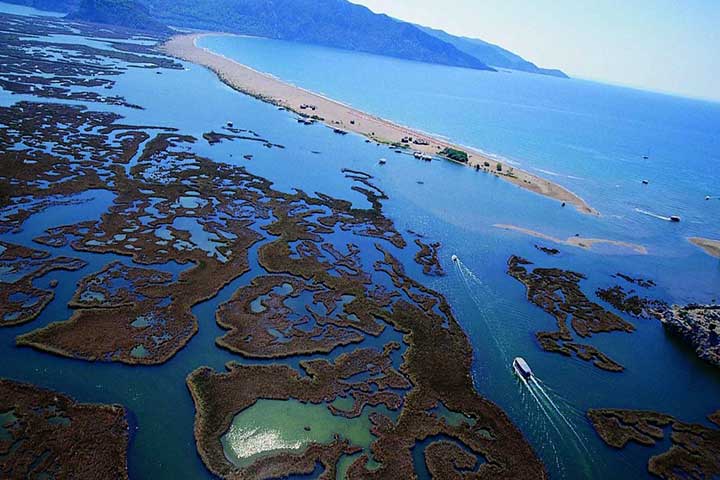 She stopped by Marmaris in 1975 for the first time of her life and then finally fell in love with the beautiful Iztuzu Beach in Dalyan where she came back the next year, and then the next year and again… She was having a hard time leaving Iztuzu Beach every time and she decided to sell off her possessions and move here in 1986, in an old barrack and started living there. One morning, she woke up and saw that she was all surrounded by Caretta Caretta Turtles. Turns out, she built her barrack around the home of these beautiful turtles that would become her children later on. 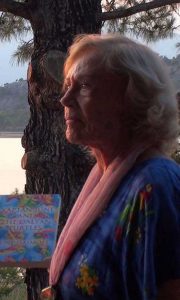 Years passed and one day she heard that some UK and Arab project partners were planning to build a 5-star hotel with 1800 bed capacity. She immediately had a meeting with environmentalists and set the world on fire starting a campaign in the USA, UK, and Switzerland and made the government step back by canceling the project. Iztuzu Beach was now registered as a natural protected area and Caretta Caretta Turtles were saved forever. In case such things might repeat, she founded the “Sea Turtle Conservation Foundation” and paid the expenses herself.

In 2009, while she was 87, she became a Turkish citizen registered with the name Joan Christine Fairey Haimoff, but locally known as Captain June, who lives with her dogs and cats in the same barrack. She follows the news, using a computer and riding her 1966 Volkswagen Beetle. She is keeping her eyes wide open to prevent any damage to the areas where Caretta Carettas lay their eggs and she joins any environmentalist campaigns in the first line.

She is 94 years old now… Away from the homeland, she is still struggling to protect our nature and fauna…

We owe Captain June millions of thank you for all she has done for us and hope this will be a good lesson to be learned for also sustainability and supported by the majority.