Over 3.2 million tourists visited Turkey over the first two months of 2019.

It’s not hard to see why so many people are flocking to Turkey now.

Turkey is located where East meets West. It has a rich history influenced by cultural encounters and trading routes that go through the country.

Most importantly, Turkey’s coastline is a sun worshippers paradise. You can enjoy sandy beaches and clear ocean waters on numerous beaches around the country.

Are you searching for a memorable and beautiful beach vacation in Turkey? You’re spoiled for choice!

We’ve got the best beaches in Turkey. Check out our top picks below! 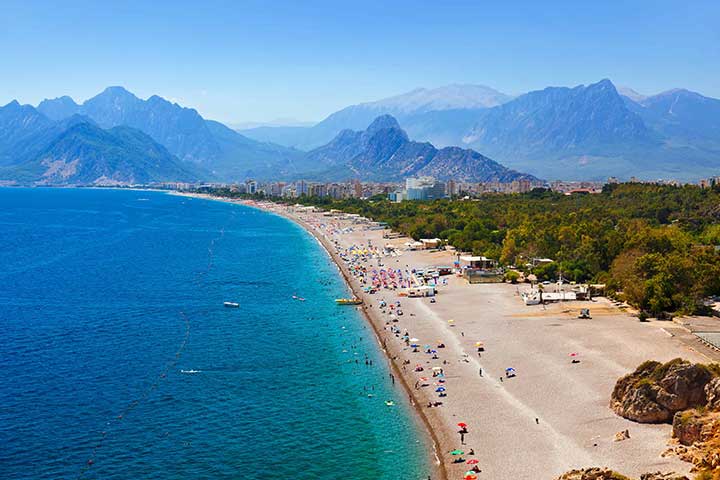 1. For All the Family – Konyaalti Beach

The ancient harbor city of Antalya is situated in the South of the country. Konyaalti Beach is four miles of sandy beach.

If you ever get tired of sunbathing on the beach, there’s plenty of things to do and see on the resort beach.

You’ll find a world-class nightlife scene with entertainment, restaurants, and bars for every taste and mood.

Enjoy your vacation snaps on the beach with the background of the breathtaking Beydağları mountain range.

There are plenty of handy facilities here as well, such as showers, public toilets, and lifeguards for safety. 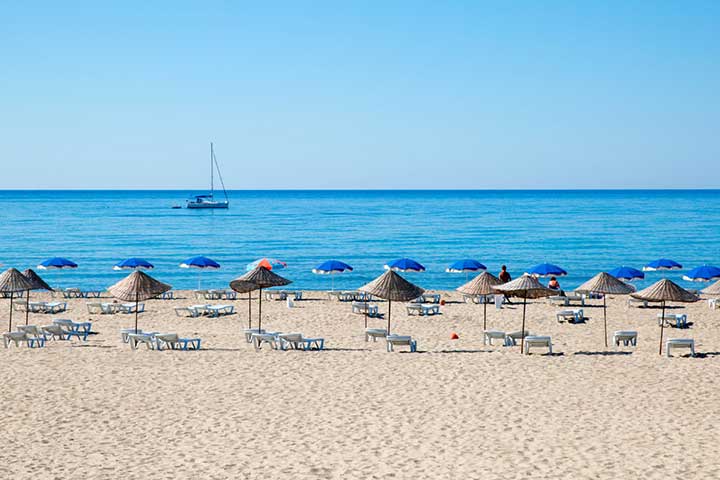 Do you want to get away from the crowds on your beach vacation?

Patara Beach is not as popular as the other beaches. This secluded slice of beauty is the perfect spot for relaxing on the edge of the water.

You have to be willing to share this stretch of beach with the protected species, the Loggerhead turtle. You owe the lack of urban development in these parts to this creature, which has been laying eggs here for up to 40 million years.

You’ll also find lots of hotels in the idyllic village of Gelemi. If you want to get some exercise on your vacation, you can always journey on the famous Lycian Way. 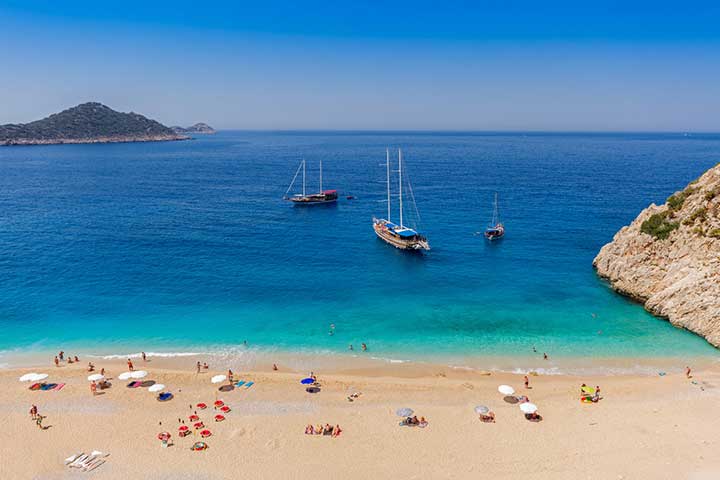 Kaputas Beach is great for anyone who doesn’t want to just sit on the beach in the sun. Energetic kids will love this beach!

You can do a bunch of water activities, which include everything from swimming in the water and snorkeling underwater.

Even when you go down to the beachfront, you’ve got to descend up to 170 steps. It’s exhausting!

But, you can always sit back and relax in the evenings tucking into fresh seafood in one of the restaurants along the harbor. 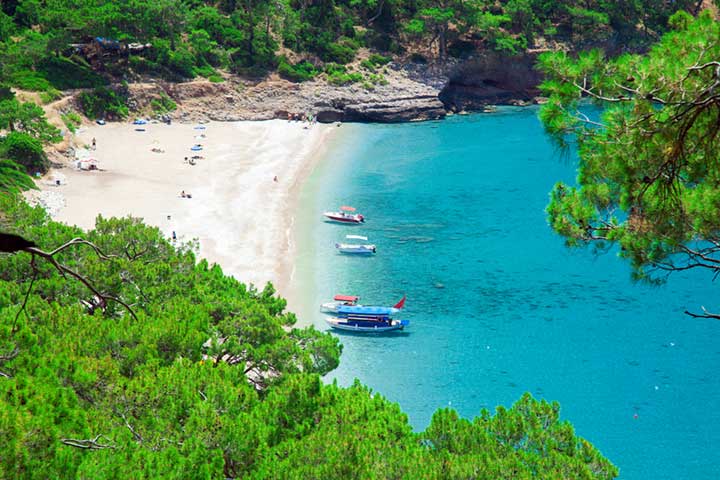 If you’re prepared to trek up the rocky cliffs before you arrive at Kabak Beach, you’ll be rewarded with stunning views.

Make sure you have plenty of storage space on your cell phone. You won’t stop taking photos to share with your friends back home on Instagram.

It’s not all about the hiking though! You’re able to set up with sun loungers on the warm sand or take a dip in the ocean afterward. 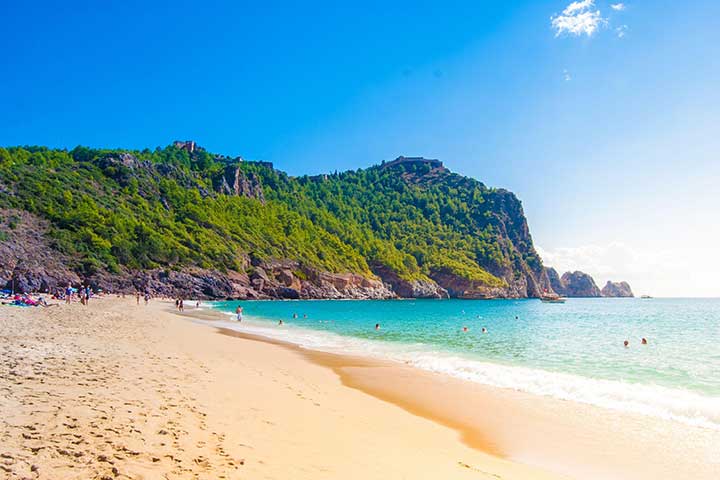 The Cleopatra Beach can be found at the foothills of the medieval castle of Alanya.

It is said that Cleopatra herself enjoyed swimming here so much that she ordered that pure sands were brought to the land. There are also legends of Pirates having docked at the beach.

You can get a sense of the history of the beach while relaxing under the shadow of the castle above you.

The waves are large enough in these parts to get on your surfboard and ride them. There’s also a ton of other water sports to enjoy during your time here. 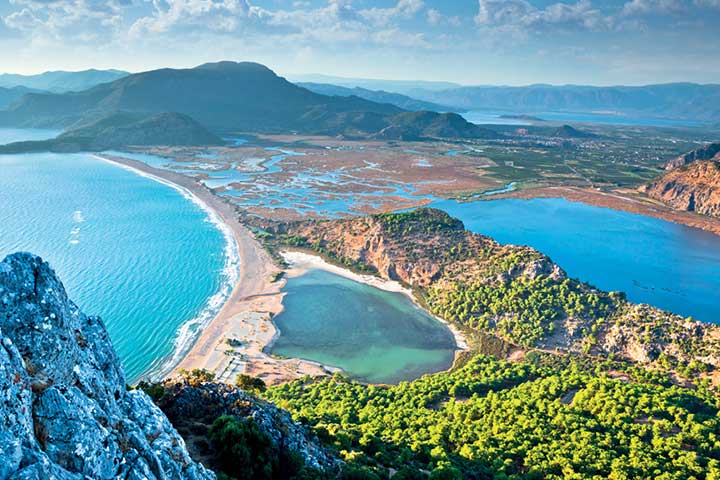 Patara Beach is not the only beached fame for our shelled friends.

Known as Turtle Beach by the locals, Iztuzu Beach is one of the most important beaches in the world for the conservation of turtles.

You can spend all day sitting on the white sandy beach and splashing in the shallows of the water. The beautiful blue Mediterranean Sea has never looked as good as it does from Iztuzu Beach.

However, to truly experience the place, you’ve got to jump on a boat ride. You’ll get the chance to explore some of the charming towns and villages on the coastline. 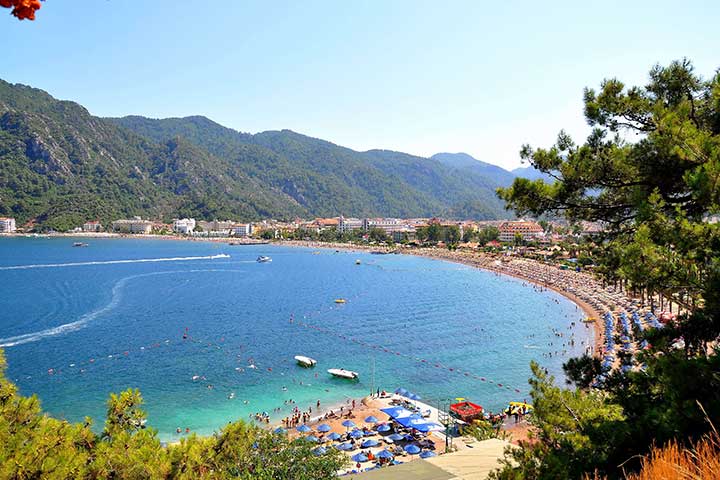 Icmeler Beach is probably the most popular and well-known beach. However, don’t be put off by the crowds.

There’s a reason why tourists flock to the destination throughout the year. It’s got everything from charming villages to delicious local food. And, of course, it boasts one of the most spectacular beaches. 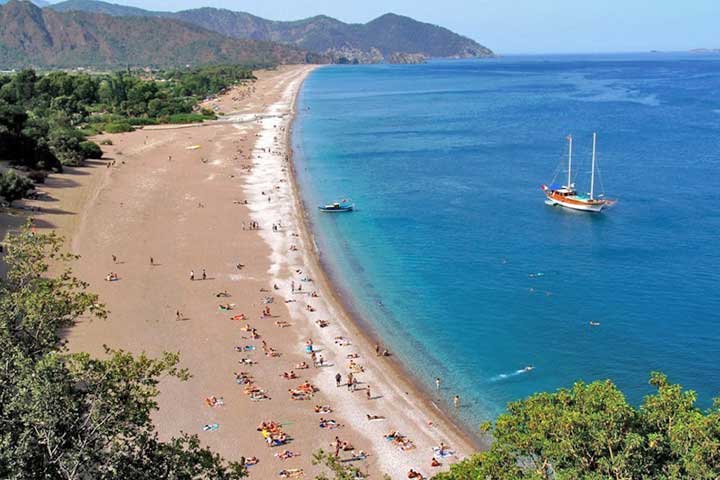 Whether you’re on your honeymoon, or you just want to a romantic break, Cirali Beach is the perfect place for your love nest.

You’ll be surrounded by mountains, which makes it difficult to reach. However, once you make it, you’ll be treated to the time with each other you’re searching for.

Strolls along the pebbly beach and chilled afternoons on the sun loungers are on the agenda here. You won’t ever want to leave the resort. 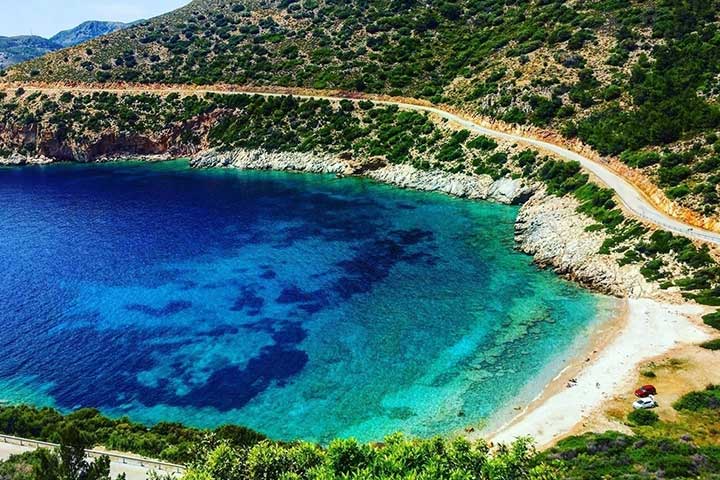 9. The Foodie One – Ovabuku Beach

Ovabuka Beach is a beautiful and charming haven for food lovers.

You’ll find several local restaurants around the resort. You can experience the very best of Turkish and Mediterranean cuisine.

If you want the authentic experience, you can check into one of the many small pensions. If you want to escape the chaos of modern life, you’ll find what you’re looking for in this scenic beach location. 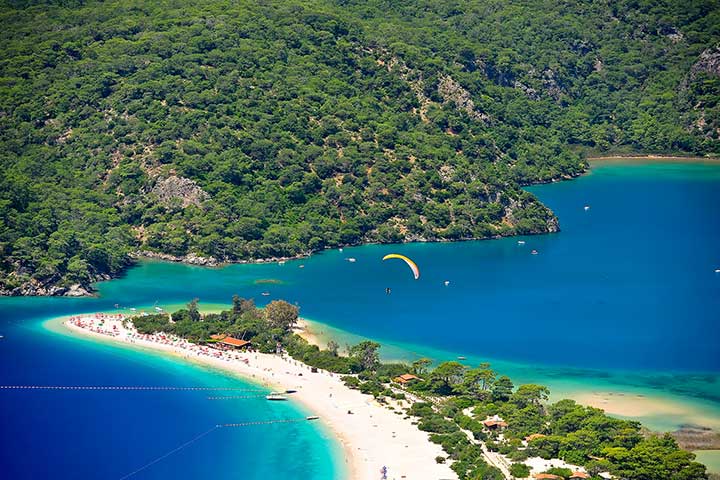 Many beaches claim to have blue waters.

However, Oludeniz Beach has a blue lagoon. There few experiences more relaxing than unwinding in the calm waters on the blue lagoon.

Oludeniz Beach may not have the white sands of Patara Beach or the adventure of Kaputas Beach. And yet, the tranquil blue waters will stay with you forever. 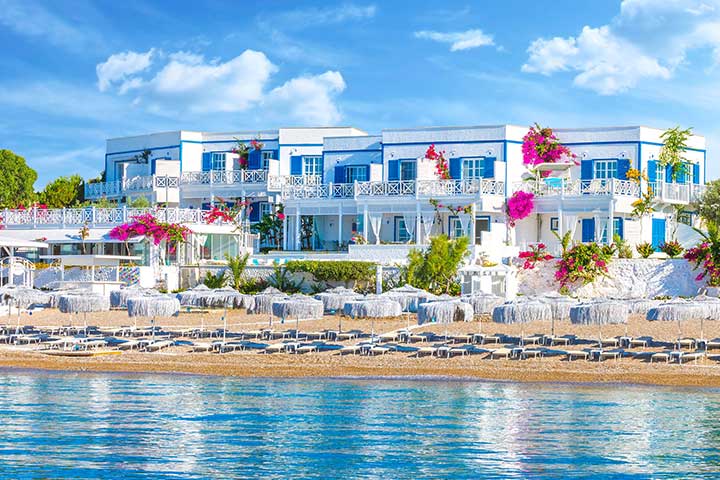 The Blue Flag concept was born in France in 1985 where the first Blue Flags were awarded to coastal municipalities based on the criteria ranging from waste-water treatment to bathing water quality. In 1987, with support from the European Commission, the Blue Flag was brought to a European level. “Blue Flag” is an exclusive eco-label awarded by the Foundation for Environmental Education (FEE) to beaches and marinas that meet certain criteria, such as water quality, environmental education, and information, environmental management, and safety.

After Spain holding the champion flag with over 500 certificates, Turkey, as of 2017, now holds over 445 beaches certified with a blue flag, keeping its position as the second-largest of beaches with the certificate.

Turkey has a total of 12 yachts that were awarded Blue Flag – the number of these certified boats is growing rapidly among other European countries. Here we have a list of other candidates at our private gulet yacht list of Turkey for your eye pleasure.

Now you know about the best beaches in Turkey, it’s time to book your dream vacation in this fascinating part of the world.

Are you traveling to Turkey in the winter months instead?

You’re probably looking for something different. Check out our guide on where to capture the winter spirit of Turkey.