Whenever I decide to write an article about Safranbolu, which occupies such an important place in my life, something always seems to be missing. Even if I have decided on the title and the points which need to be emphasized, when it comes to setting it all down in writing I feel that I haven’t managed to achieve quite what I wanted. I began to understand the reasons for this over time.

Back in the 1950s, when my relations with Safranbolu began, the richness of the subtleties I had yearned for added new dimensions to my life for many years. The unseen heritage of Anatolia gradually began to manifest itself in the place. Then I saw more clearly what the integrity that depended on variety, that is, what Anatolia’s cultural identity meant. Perhaps that was why I experienced an inability to convey satisfactorily much of this great fact in each of my articles. Perhaps the difficulty I have experienced inadequately recording to various stages of the research I have been engaged in for the past forty years have prevented me from setting down coherently the methods devised to protect our cultural heritage and the results obtained. And not least, frequently my attempts to make sure that all this data was evaluated in an unbiased manner, and to have the results analyzed properly have led to postponements. 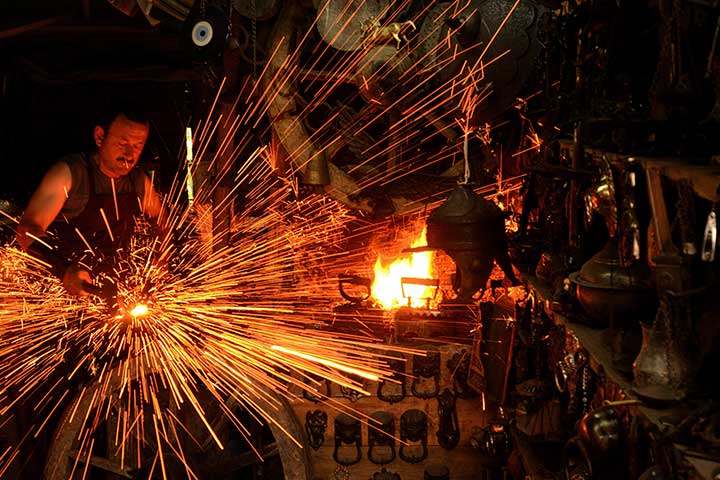 As a result of a lifetime’s research into Anatolia, I have often been forced to put the preparation of other publications before my books, which I am convinced provide a great deal of vital missing information on the subject. Thus the publication of my books has been constantly postponed. However, this place, which needs to be written about the stage by stage, each of which is documented, has not been discussed in the detail which I feel necessary and its postponement has always been source anxiety to me. I believed that I would not forget anything while I was experiencing the place, working on it and sharing it with others. However, things that have not been recorded in note form have been forgotten and thus there are several unclarified areas in this great story.

When I ask myself why I worry about it so much anxiety increases and the absence of these interesting facts makes it clear that there are several blanks in the story of my struggle to protect Turkey’s cultural heritage. It could be said that the short story of the struggle to protect our cities is filled with the labors of people from the area and various walks of life. On the other hand, in the very first years that it became part of my life I collected all my sources and evaluated them in a way that would show the relationship between the people and their city. I had embarked on a method of determination that could be used in several different ways. Thus the features of urban development in this city, the traditional residential pattern and the wealth of information collected from some fields could be collated in a meaningful manner. If it is borne in mind that this activity extends over forty years, the changes brought about by time become clearer. 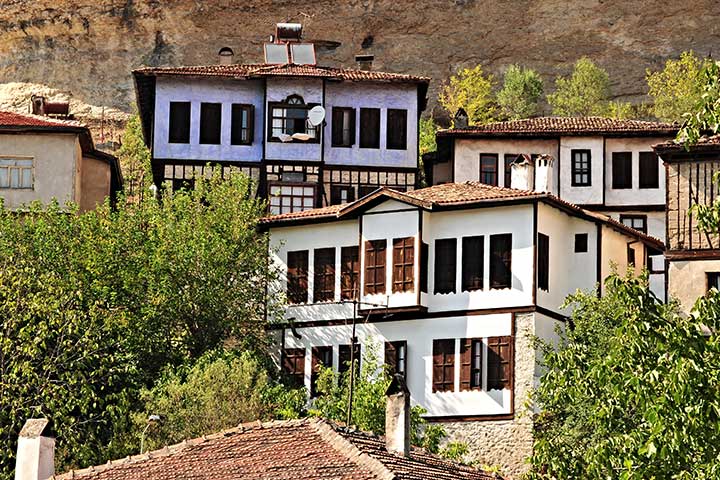 However, leaving these complaints on one side, what impressed me most was the fact that this represented forty years of history, for if starting points in the form of actual projects are sought in the attempts being made to protect Turkey’s cultural identity and cultural heritage, to evaluate them appropriately, then it continues to be a symbol of these efforts. I am thinking about the posters I had prepared in 1975 and in the years that followed. When titles such as “the city that protects itself” are brought together, the symbolic nature of the city becomes even clearer.

As concepts and methods of protection all over the world changed, the laws of our country were amended or new laws enacted. However, it has not been possible to survey the cases in which these laws have applied. In the survey of these terms, Safranbolu was the first place where words, faith, knowledge, and organization became action. It was the first place because new methods appropriate to conditions in our country were being tried and new solutions were being sought. Moreover, the political situation was becoming more and more complex, its problems more and more insoluble. Paradoxically, despite social unrest, progress was being made in this field.

An interesting point which deserves closer attention is that many natives of the area who saw the place as part and parcel of this century had developed their own, much more reliable methods of warning and enlightening others, which is why the smallest detail of this period of my life, the slightest memory are all things that should have been written down and not forgotten. However, the fatigue encountered in setting all this down on paper has resulted in several deficiencies. Not one of the innumerable articles I have written or research projects I have supervised can clearly express the dimensions of the difficulties encountered, or how those who now seek prominence by issuing decrees for this city ignored our efforts in the past. The history of persons, societies and the world must be written correctly. If it is integrity, then the rights and the wrongs, success, and failures, the dead and the living, as it were, must all be accounted for in this special history. 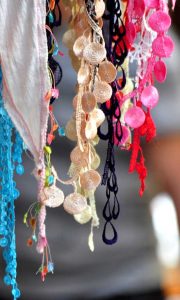 Even the documentary films devoted to Safranbolu may bring out of much of what we have managed to establish with time. However, the story of the people who created them remains obscure. Perhaps the feature which needs to be emphasized even more than it is being the very first city to be included in its entirety in the scope of the protection order is patience displayed by its people on this long and difficult road as they hopefully awaited the emergence of the truth in the future. And when a stillness finally descends after vain attempts to frustrate our efforts or to take credit where none was due, it was by no means easy to remember all the facts that needed to be recorded.

I saw all this in the course of the work we were doing to get this city included in the “UNESCO World Heritage” list. While we were breathlessly trying to consolidate our positions, several factors we had ignored suddenly achieved importance. While some of us were putting up spirited fight others, unable or unwilling to face all the difficulties and persons who were using the time for their purposes suddenly became the guardian angels of Safranbolu. I have no ulterior motive in saying this. The efforts made by principled, self-sacrificing, cultured persons to translate their thoughts into action and the actions of those who sought the path of least resistance both exemplify the long struggle to preserve our country’s crowning glory during our lives in this city.

However, when all this ignored there is honorable resistance, measures which force people of faith to take a firm stand and display solidarity. In consequence, it has become the symbol of a city that could be preserved in its entirety. Moreover, this mass participation led to the success of actions that embrace such topical concepts as democratization and civil organizations, and have served as an example for other cities.

People who want our country to have a hopeful future have demonstrated the strength of neighborly relations in this place. They have proved that linking the past to the present and the present to the future, strengthening the truths of the past and transferring them to the future will inevitably result in cultural continuity. It has not served as an example to those who wish to see the difficulties of making right triumph over wrong. 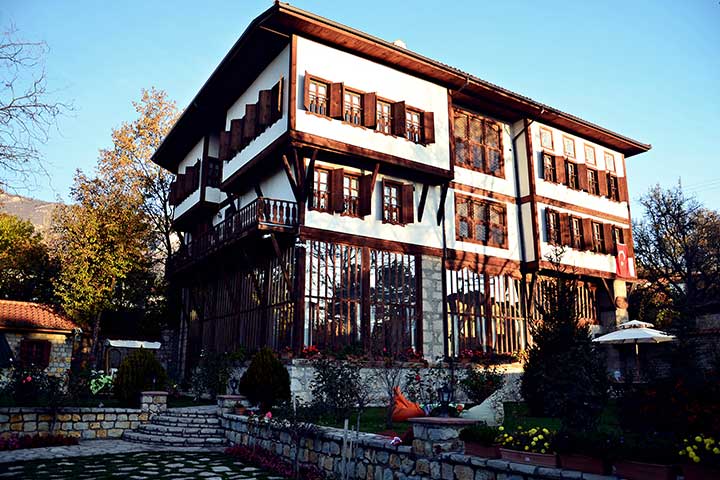 Down-to-earth solidarity was displayed by all the scientists, artists, political and cultural figures involved in the city, project. They gave their support to local authorities and managed to make their voices heard in the international arena. In creating a future based on these truths, the world wants many more cities like this, it wants to increase the strength of coming together in the cause of truth. The existence of such cities serves to strengthen the bonds between generations and endows art culture with different dimensions. The difficulty of connecting oneself with this city and a few other cities like it in Anatolia, where the paths of different cultures meet and where civilizations have developed has become more easily understandable in a world heading towards globalization and searching for a new identity. To put it in a nutshell, there are lessons to be learned from this place, new methods to be developed, factors that will enrich our social structure and subtleties that need to be stressed by artists. “What happened to forty years of unceasing effort?” I ask myself, and the answer is “When you go to Safranbolu today, it’s still there.” Which tells the faint-hearted that a difficult situation requires a strong personality to deal with it.

Hoping that the example of Safranbolu will develop and spread to other parts of the country.

Turkey – From One End To The Other – P. 162ff.
Maestro Publications