Postage stamps are one of the most important ways of broadcasting a country’s image. Carried by letters from their country of the issue to the four corners of the world, they inform the recipient at a glance about a country’s unit of currency, its festivals, flora and fauna, national costume, historic buildings, and indeed anything else that it cares to illustrate. The flag on a stamp from the Philippines or birds on stamps from the Sultanate of Brunei tells us about countries we might otherwise know nothing about. 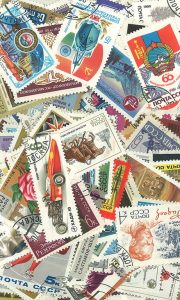 When Sir Rowland Hill issued the first postage stamp in England in 1840 it marked the end of a system going back to the middle ages whereby the recipient had to pay for postage according to weight and this 666 recipients had to pay for postage according to weight and distance carried. Postage stamps quickly spread throughout the world, and over the intervening hundred and fifty years millions of stamps have been issued. The fascination of these tiny informative pieces of paper soon attracted collectors, and the science of philately was born. As countries competed with one another to produce attractive and interesting stamps, more and more people of all ages began to collect them. Soon philately societies were being formed and next came an international federation enabling philatelists from different countries to share their collections and knowledge at international exhibitions.

The first philately club was founded in Istanbul in 1948 and today there are scores of clubs in Ankara, Izmir, Edirne, and many other cities. Particularly in recent years, Turkish philatelists have been doing extremely well in international exhibitions. The first Turkish postage stamp was issued in 1863 under Minister of Posts Agah Efendi, who was a journalist by profession. This rectangular stamp was unperforated and bore the cipher of Sultan Abdulaziz. The first illustrated Turkish stamp depicted Selimiye in Edirne and dates from 1913. During the War of Independence (1919-1923) the nationalist government formed by Ataturk in Ankara issued its stamps in addition to those issued in Istanbul by the Ottoman government. On 1 January 1924, the first stamp of the Turkish Republic was issued. It bore the portrait of Mustafa Kemal Ataturk and commemorated the Lausanne Treaty.

Until thirty years ago Turkish stamps were largely printed in Switzerland, Austria, Britain and other European countries, but since then Turkey has not only printed its stamps but also meets orders for stamps from other countries. Altogether, Turkey has issued over three thousand stamps since 1863. 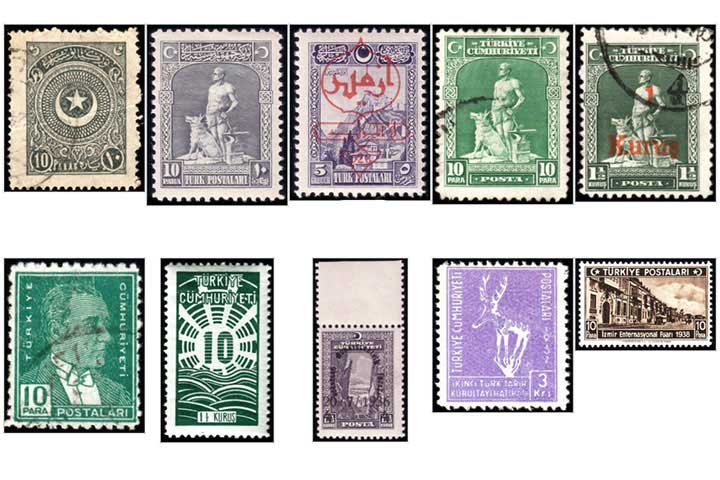 Thematic stamp collection has increased significantly over recent years. Collectors focus on a particular subject such as sport, plants, animals, architecture, archeology, music, theater, medicine and so on, and the Turkish Post Office has responded to this growing demand around the world by issuing attractive thematic series. The subject matter is diverse, ranging from portraits of artists, writers, scientists and statesmen to native flora and fauna, historical buildings and monuments, sport and important events. Since 1958 Turkey has also issued the European CEPT series issued by the European countries.

In 1963 and 1996, Turkey held major international philately exhibitions, attended by leading philatelists from all over the world. Turkish philatelists regularly sit on juries at stamp exhibitions. There is a Postal Museum in Ankara run by the Turkish PTT with a large collection of stamps on the exhibit. The museum organizes programs of events aimed particularly at encouraging young people to collect stamps. 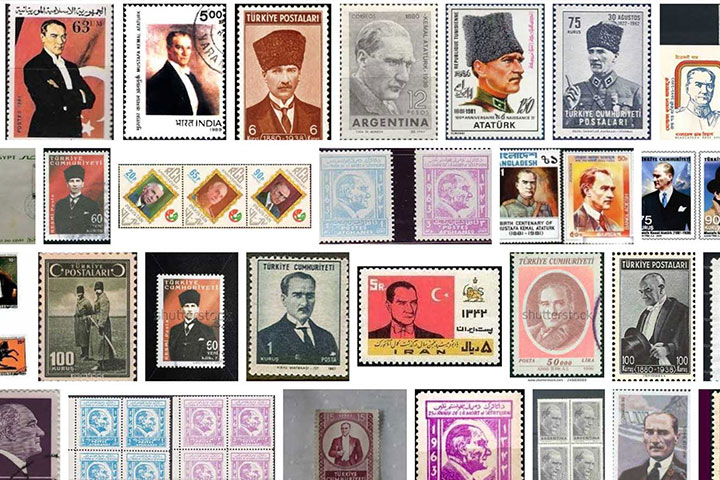 After Queen Elizabeth II of Britain, the head of state most frequently portrayed on stamps is undoubtedly Mustafa Kemal Ataturk. When the Turkish Republic was established on the ruins of the Ottoman Empire, depicting its founder on the country’s stamps was one way of expressing the deep respect and gratitude which the nation harbored towards this statesman who had rebuilt their country. Today they continue to symbolize that the nation is still following his vision of a modern nation. With very few exceptions, Ataturk is the only Turkish president to be depicted on the country’s stamps.

Of the over 2700 stamps issued by the Turkish Republic since 1923, around 500 bear his portrait, sometimes in the form of reproductions of photographs, paintings, and statues. Further fifty or so stamps commemorate his reforms, congresses, and achievements. The victories and reforms of Ataturk not only inspired his nation but many other countries, such as India and Iraq, in their struggle for independence. His model of a secular state was similarly followed by other nations, as illustrated by these words of Habib Burghiba, founder of modern Tunisia, referring to Turkey’s independence victory under Ataturk’s leadership: ‘… The victory at the Battle of Sakarya was the most unforgettable memory of my twentieth year. At that time I asked myself if I, too, could not mobilize my nation in the same way; if I could not install its spirit with the same unbounded yearning for freedom.’ It is for this reason that Ataturk’s portrait has appeared on the stamps of numerous other countries, including Argentina, New Guinea, Pakistan, and Malaysia. The first Turkish postal stamps depicting Ataturk were issued on 1 January 1924 to commemorate the Lausanne Peace Treaty signed on 24 July 1923. This eight-stamp Peace Commemoration series was produced in Istanbul at the printing house of the Public Debt Office. The portrait of Ataturk, dressed in military uniform and a fur kalpak, is set in a medallion in the upper right corner. When we arrange the stamps bearing his picture in chronological order, we find ourselves with a miniature encyclopedia of Turkey’s recent history. The events which they mark and commemorate stretch back to the late Ottoman period, and include the Gallipoli Campaign and War of Independence, the proclamation of the Republic, Ataturk’s many reforms and achievements, and events in Ataturk’s own life. Depicted on these stamps we find, for example, the house in Thessaloniki where he was born in 1881, the War Academy where he studied, his mother Zübeyde Hanim, the Congress of Sivas, the introduction of a new Latin alphabet, the statue of Ataturk erected in front of the Faculty of Linguistics and History in Ankara, and much more.

The universality of his vision and his call for ‘Peace at home, Peace in the world’ made him one of the best-known statesmen in the history of the world. This is why other countries have issued postage stamps expressing the affection and respect in which his memory is held. In the year 1981, the centenary of his birth, which was declared Ataturk Year by UNESCO, Tunisia, Malaysia, and numerous other countries issued Ataturk Commemoration stamps. One of these was the 1.4-pound denomination stamp issued by Egypt, which as Enver Sedat (who was assassinated on 6 October of the same year) said in his memoirs, symbolized the love of the Egyptian people for Ataturk. As the stamps show, Ataturk’s importance goes far beyond his role as a soldier and statesman. He was a man who envisaged a world based on the principles of amity and peace. One of his most moving messages, emphasizing peace between nations, is his words spoken in memory of the thousands of foreign soldiers who fell at Gallipoli, one of the bloodiest campaigns in world history. On 18 March 1998, when stamps were issued jointly by the Turkish and New Zealand Post Offices in memory of the Anzac soldiers who fell at Gallipoli, these words were printed on the first day covers: “Those heroes that shed their blood and lost their lives… You are now lying in the soil of a friendly country. Therefore rest in peace. There is no difference between the Johnnies and the Mehmets to us where they lie side by side here in this country of ours… You, the mothers who sent your sons from faraway countries, wipe away your tears; your sons are now lying in our bosom and are in peace. After having lost their lives on this land they have become our sons as well” Ataturk stamps tell the story of a leader whose worldview, aspirations, and progressive ideas still guide Turkey today, more than half a century after his death.