It was Cevat Sakir Karaagacli, known as the Fisherman of Halicarnassus, who introduced Bodrum to Turkey and the world. Born in 1886 in Istanbul, Cevat Sakir worked as a journalist in his hometown during World War 1 and was sentenced to internal exile in Bodrum for a story that he wrote. Exiled to Bodrum, of course, he fell in love with the place and made it his permanent home where in the course of a prolific career, he was to turn out dozens of books-stories, novels, and works dealing with Anatolian history and mythology. An autobiographical work, “Mavi Surgun” (Blue Exile) tells of his experiences during this time. 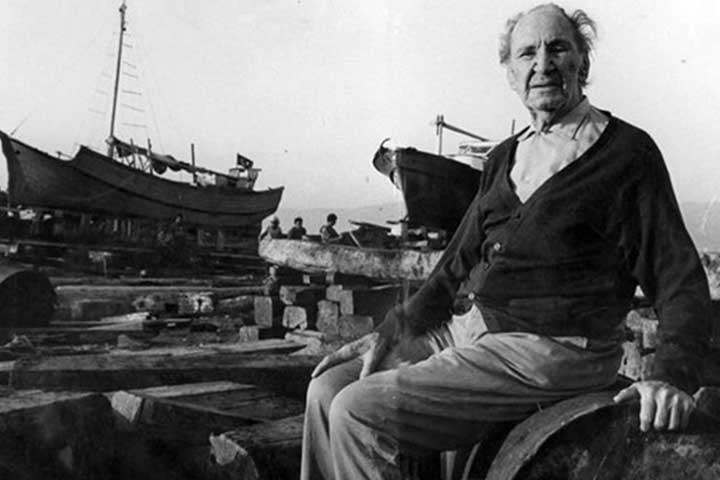 Azra Erhat, one of Turkey’s most prominent intellectuals of that generation, was of the opinion that three major figures had helped to elucidate the history of Anatolia. These three, he said, were Homer, Herodotus and the Fisherman of Halicarnassus. There is substance to the claim, for Cevat Sakir did indeed devote a lifetime to learning, explaining and recounting the history of his homeland, from the most remote times. He was in love with Anatolia and did everything in his power to set forth its wealth of history and the beauty of the land itself.

Thus, it is fitting that Bodrum’s finest avenue should be named after Cevat Sakir. The statue of him is in the Bodrum Castle itself.