Reedbeds consist not only of reeds but of a broad diversity of plants that thrive in wetland conditions. This type of vegetation can cover large areas of shallow lakes or just the inshore areas of deep lakes. Examples of the former in Turkey are the Eber, Aksehir, and Karamik lakes, and of the latter Beysehir and Egirdir. Marshes like Sultansazligi and Eregli Sazligi also have extensive reedbeds and may have no open stretches of water at all, or mazes of narrow channels known in Turkey as yolak, which sometimes lead in the center of the marsh to areas of water known as ‘ayna’ generally 5-10 hectares in area. 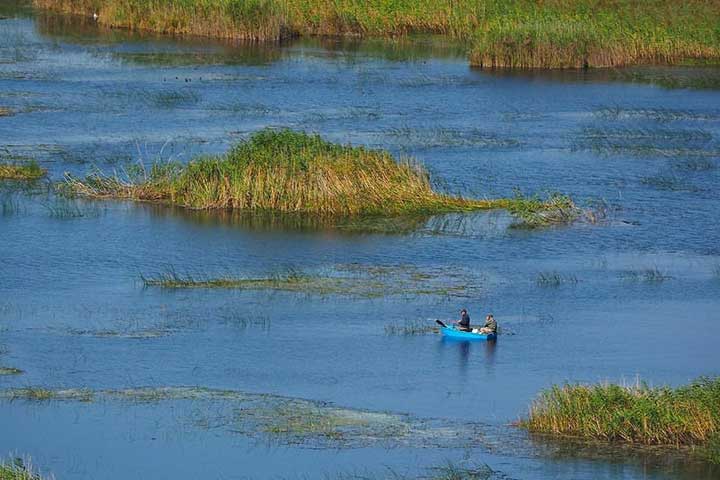 Some wetlands, despite being shallow, may have sparse reedbeds or none at all, such as those around lagoons on river deltas where the water is salty, or around lakes containing soda-rich water. The way in which high salinity levels obstruct the growth of reedbeds is most conspicuous in lagoons.

The extent of the reedbeds indicates the level of saltwater infiltrating the water of the lagoon from the sea. The Cernek Lagoon on the Kizilirmak Delta on the Black Sea, whose salinity level is low, has the appearance of a freshwater lake, whereas in contrast the Akyatan Lagoon in the Seyhan Delta on the Mediterranean whose waters have a salinity level twice that of the Black Sea only has reedbeds covering small areas in coves where freshwater streams dilute the salt content of the water. Lake Van contains high levels of bicarbonate of soda, which prevents not only the growth of reeds but of all other freshwater plants, and on this and similar lakes, water plants are found only at the mouths of streams. 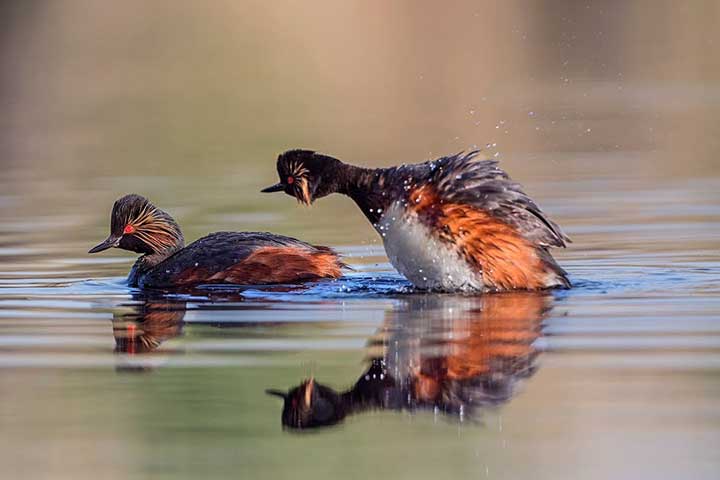 Cattails, rushes, sedges, reeds, and bullrushes are the main plants making up reedbeds, and between them, particularly close to the shore, may be found waterlilies, laserpitium, viper’s grass, irises, and other plants that are either aquatic or like waterlogged habitats.

The reed itself is the most typical plant of such areas, with its tall slender stems and long narrow leaves with a feathery tassel. This is the plant which in English gives its name to wind instruments containing a vibrating tongue of thin cane or metal known as the reed. It is interesting that in Turkish the word for reed, ‘saz’, also means musical instruments in general and a traditional string instrument in particular. 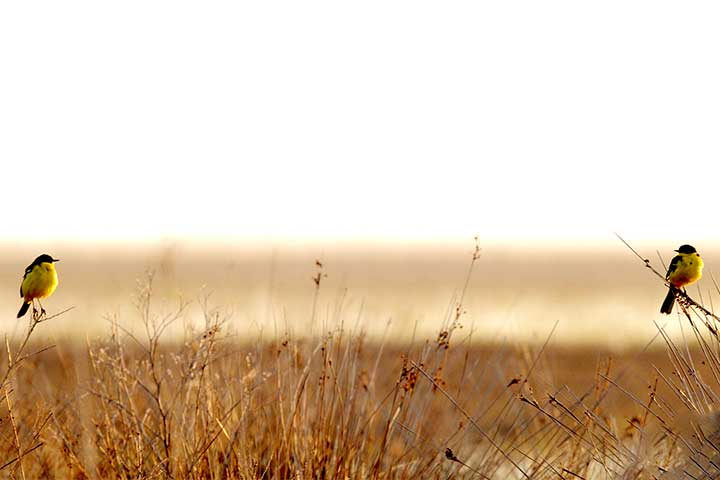 Reeds generally range in height from 1.5 to 3 meters, and it is possible to find reeds as tall as 4 meters at Sultan Sazligi marshes, for example. This makes the reed Turkey’s tallest native herbaceous plant. Reeds grow so thickly that in Turkish a thick forest is described as being ‘as thick as a reedbed’. Wetlands, where there are reedbeds, are the most productive ecosystems in the world. Without hoeing or fertilizing green plants flourish here to an extent rare even on cultivated land. The average productivity of a wetland is about three times that of agricultural land.

Of all living creatures, it is the birds that make the fullest use of this extraordinary productivity, and they are its invariable inhabitants. Ducks, geese, herons, grebes, waders, cormorants, pelicans, shanks, sandpipers, reed warblers, gulls, spoonbills, glossy ibises, and terns all make their home in the wetlands. 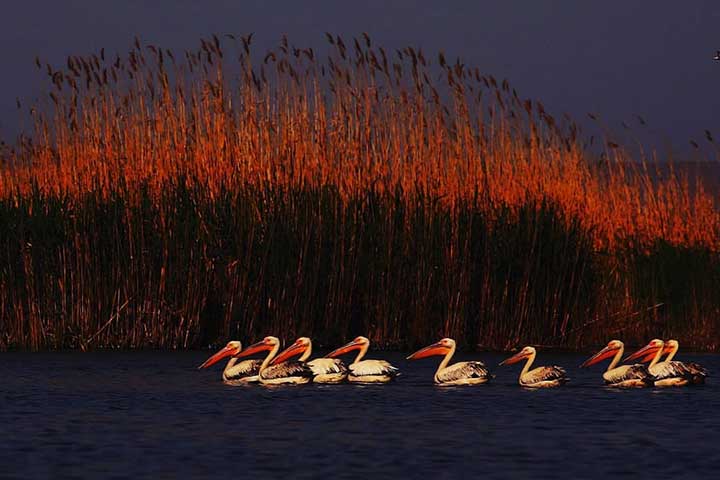 It is not only birds that appreciate the importance of Turkey’s lakes and wetlands, however. The Society for the Protection of Wildlife, which works to preserve Turkey’s biological diversity, is engaged in a major project aimed at arousing public awareness of the wetlands and protecting them. The fact that these wetlands lie on the world’s main bird migration routes enhances their importance still further.

With their flat topography and thick vegetation, it is difficult to gain an overall impression of a marsh or reed-covered lake from the ground.

Only from nearby hills commanding a view over them or in areas where there are channels or areas of open water can their fascination be fully appreciated. Early in the morning and at sunset their beauty is at its most exquisite. 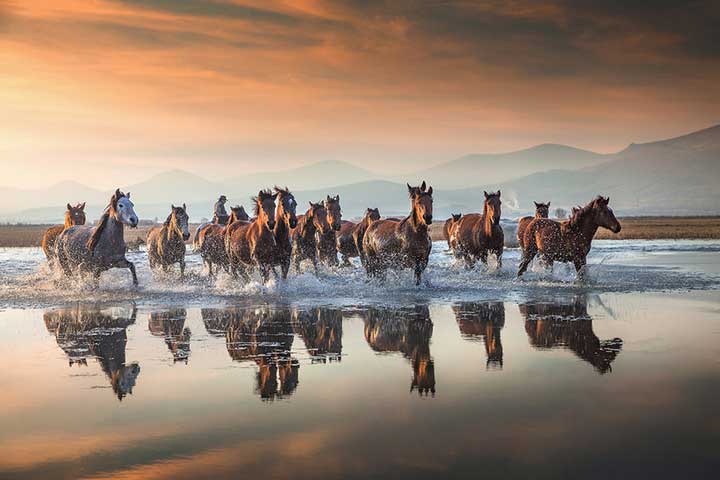 Watching the subtle and diverse colors, flying birds, and leaping fish, and listening to the sounds of bird cries, the splashes of water creatures, and the rustle of breezes through the reeds is a magical experience. When we remember how many marshes and wetlands have already been lost through draining, and the vital function they play in providing habitats for the wild animals and plants of our planet, we realize how essential it is to preserve those that remain to us.